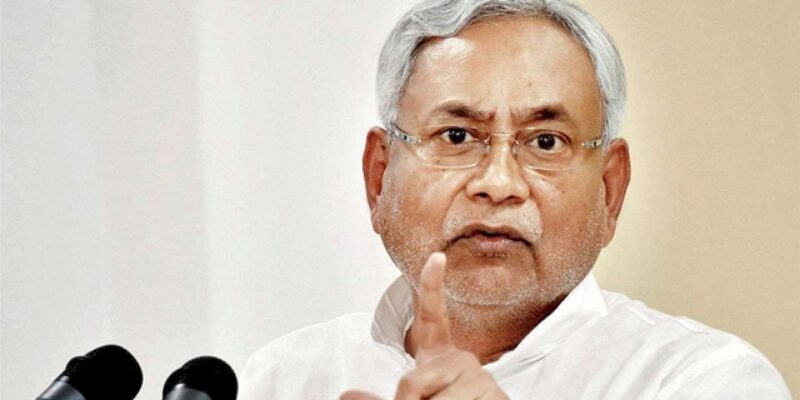 At present, there is a government of Nitish Kumar in Bihar. Who is also known as Sushasan Kumar. But you can get an idea of ​​how good governance is in Bihar and how happy the people there are with the work of their Chief Minister, you can see the medical system of Bihar and its statistics. First coronavirus broke Bihar and now Bihar is battling dengue, chikungunya and Japanese encephalitis. So far 57 cases of dengue and 3 cases of chikungunya have been reported in Patna. On Tuesday, a child also died of Japanese encephalitis. In the midst of all this, if we look at the recent NITI Aayog’s ‘Best Practices in the Performance of District Hospitals’ report, then it is known how pathetic the condition of health facilities in Bihar is and the government hospitals here are running only on God’s trust. Huh.

Based on this report, Bihar is at the bottom of the list of availability of beds in government district hospitals. There are only 6 beds per one lakh population. Nitish Kumar’s government is in Bihar since 2005. Jitan Ram Manjhi did become the Chief Minister for some time in between, but this time was very short-lived. Now in such a situation, Nitish Kumar cannot even blame the previous governments for the deteriorating health facilities of Bihar. It is obvious that it will be very difficult for Nitish Kumar to face these questions in the coming elections.

Health facilities of Bihar are in ICU

When a patient suffers from a serious illness, he is admitted to the ICU. The condition of health facilities in Bihar is also similar. According to government standards, the number of beds in hospitals for a population of one lakh in the country should be 24. Whereas according to the Indian Public Health Standard 2012, every district hospital must have at least 22 beds per one lakh population. But in Bihar this number is only 6.

One doctor per 28 thousand population in Bihar

Talking about the standards of the World Health Organization (WHO), it is necessary to have one doctor per 1000 population. But in Bihar, leave one thousand, two thousand, there is one doctor for a population of more than 28 thousand. Whereas in the country there is one doctor for a population of 15 thousand. Last year, in the Patna High Court, the Nitish Kumar government itself had told that 75% of the posts of doctors and nursing staff in the government hospitals of Bihar are lying vacant. Now no one has any answer about when and how these vacant posts will be filled.

US-China ‘Taiwan Agreement’? Even after searching, no one is getting the answer, know here what Biden was talking about