Bihar: JAP supremo Pappu Yadav’s statement – people should avoid corona investigation, otherwise they will be positive, earlier said there is no such thing as COVID 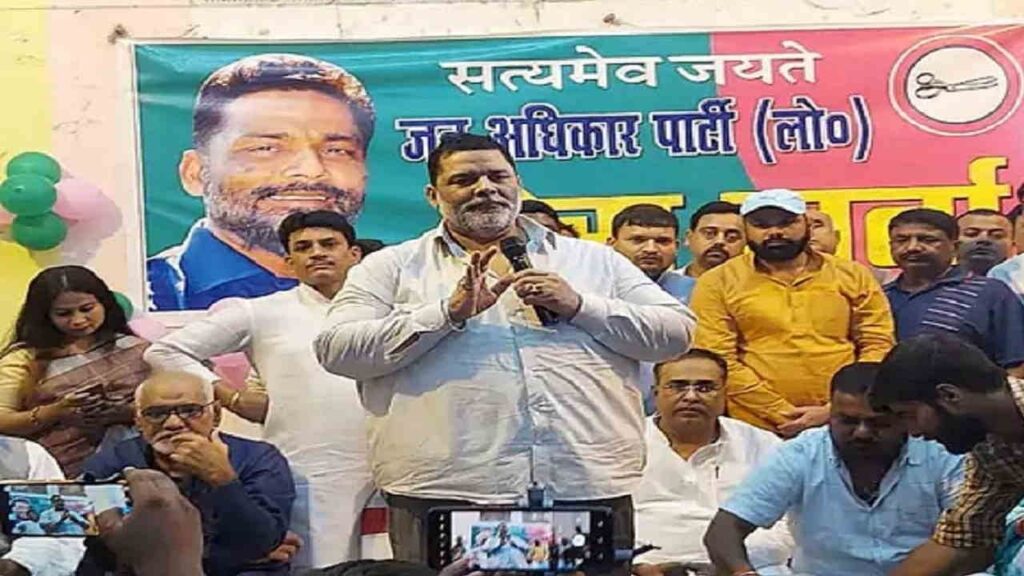 Jaap supremo Pappu Yadav was seen helping people in the first and second wave of Korana. Were providing remidicivers and essential medicines. At the same time, he has given an irresponsible statement about Corona. Pappu Yadav has said that people should not get Korana investigated. Will be found positive on examination. Along with this, he has said that there is no such thing as Corona.

JAP Jaap supremo Pappu Yadav (Pappu Yadav) has made an irresponsible statement. He has said that people should get corona test (CORONA TEST) should avoid. People should think a million times before getting tested. If you get tested, you will become positive.

Even before this Pappu Yadav had given a careless statement on Corona and said that ‘there is no such thing as Corona’. Nor should people investigate it. The Jaap supremo said that this is only a trick of the government. If corona is true then why is the corona investigation not being done where elections are being held.

In fact, Pappu Yadav’s party had demonstrated on Monday on issues like guarantee of Patna MSP, supply of fertilizers and seeds, special status to Bihar, permanent job of ward secretary, adequate security to panchayat representatives. Here at the Secretariat halt, chanting workers created a lot of ruckus by climbing on the engine of the train during the demonstration. After this, the police who reached there pacified the matter and removed the rioting workers from the railway track. During this there was also a clash between the workers and the police.

Pappu Yadav came in the discussion during the Corona period

Let us tell you that Pappu Yadav was seen helping people after the floods in Patna, after which his image became a helper. Along with this, during the first wave of Corona, he was seen helping people by roaming around. Pappu Yadav was the only leader who was constantly going among the people. At the same time, during the second wave, he was accused of breaking the COVID protocol. Along with this, he had to go to jail in an old case.

Bihar: Congress supported Chief Minister Nitish Kumar on the issue of caste census, said- party is fully with him