Bihar: In a crop dispute in Munger, uncle killed his nephew with an ax, the famous hotelier of the district was deceased 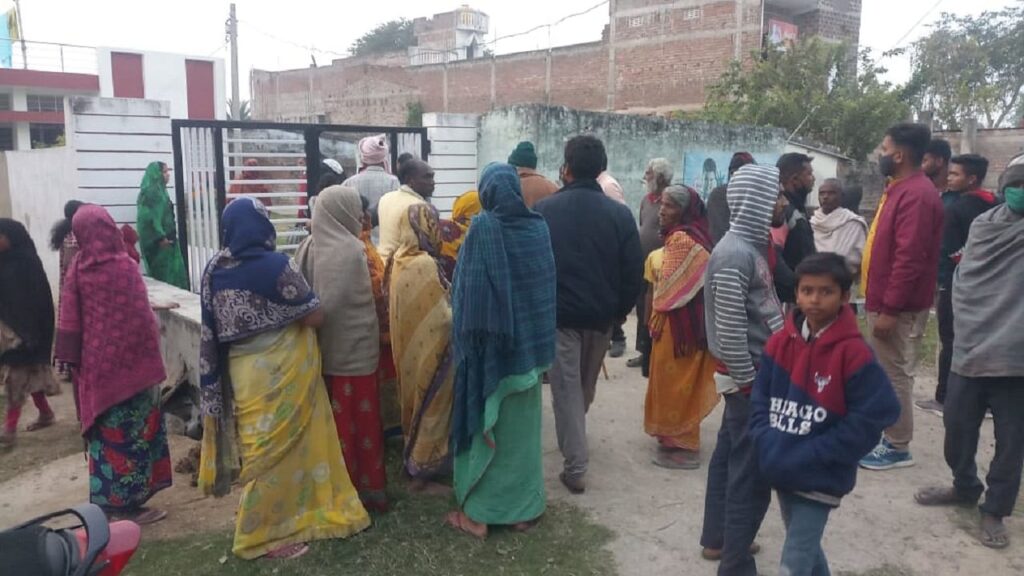 A hotelier was murdered with a sharp weapon in Munger, Bihar. Here in Bhalar Sundardid of Gharhara block of the district, the uncle killed the nephew by chopping him with an ax in a land and crop dispute and has escaped.

After the murder, the crowd gathered at the house of the deceased

Munger of Bihar (Munger of Bihar) A hotelier in Dharhara police station area of ​​the district (Hotelier) was murdered by his real uncle. Here the owner of Hotel ‘Hill View’ in Bhalar village was stabbed to death with a sharp weapon. The deceased is Rakesh Ranjan, son of Kailash Yadav, resident of Sundardih Bhalar village. The accused of murder have been leveled against the uncle, aunt and cousin of the deceased. There has been an uproar in the village after this massacre in broad daylight. At the same time, after the incident, the family is in a bad condition.

The deceased had gone to the village to bring crops

Land and crop dispute is being told behind the incident. It is being told about the incident that Rakesh Ranjan, 55-year-old son of retired engineer Kailash Prasad Yadav, living on Dharamshala Road in Jamalpur, had gone to his native village Bhalar Sundardih in the afternoon to bring crops.

Argument with uncle over crop

During this, there was an altercation with his uncle Vijay Yadav regarding the crop. After this uncle, aunt Helen Devi, his daughters Shivani and Preeti caught Rakesh Ranjan. After this his uncle attacked him with an axe. The attack was done many times on different parts of the body from face to whole body. After which he was badly injured. After this Rakesh Ranjan was brought to Sadar Hospital in critical condition with the help of villagers and police, where doctors declared him brought dead.

Regarding the incident, Dharhara police station in-charge Rohit Kumar Singh said that the accused uncle fled after carrying out the incident, after which the police have taken the aunt and cousin of the deceased Rakesh Ranjan into custody for interrogation. Everyone is being questioned in the matter. Along with this, the police is raiding from place to place in search of the accused.

Bihar: Congress supported Chief Minister Nitish Kumar on the issue of caste census, said- party is fully with him