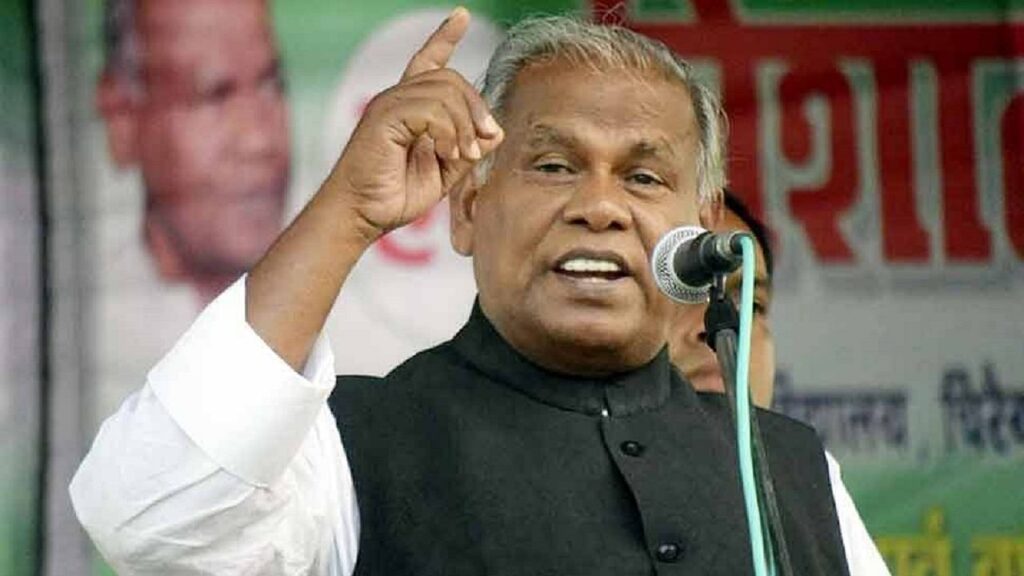 Former Chief Minister Jitan Ram Manjhi has once again given a controversial statement on prohibition. In Bihar, where there is prohibition, he has advocated drinking a little alcohol. Earlier, he had asked CM Nitish Kumar to reconsider the prohibition of liquor.

A state in Eastern India (BIHARFormer Chief Minister Jitan Ram Manjhi has once again advocated for drinking a little alcohol. In Bihar with prohibition of liquor, he has said that take alcohol as medicine. So, on the heavy opium cultivation being done by the so-called Naxalites in Gaya, Jitan Ram Manjhi said that he has no information about this. We will talk to the officials on this subject. After distribution of blankets in Bhangia of Imamganj assembly of Gaya, he said that Supreme Court and doctors have also said that it is not bad to take alcohol like medicine. Along with this, he has told that drinking too much alcohol is wrong.

On the statement of Tej Pratap Yadav in which he had talked about Jitan Ram Manjhi coming with the NDA. On this, he said that Tej Pratap Yadav keeps on cooking khyali pulao. We are not going anywhere except NDA.

Wine is bad but right as medicine

Regarding the prohibition of liquor, he said that despite all the efforts of the Chief Minister, liquor is not being stopped in Bihar. He said that there is no harm in taking alcohol as a medicine. Jitan Ram Manjhi said that my parents also used to make and drink alcohol. One day the father beat up the mother after drinking alcohol, due to which she got injured. After this incident, I got angry on my father and told him that if we drink alcohol then we will not study. After which both of them stopped drinking alcohol. Manjhi said that we studied and reached here. My younger brother had also become an inspector.

Government should think again on prohibition of liquor

Manjhi once again reiterated the statement that elders drink alcohol. The government does not catch them. But the police catches the poor for drinking alcohol. Even before this, Jeenram Manjhi had appealed to the government to consider the prohibition of liquor. After the death of poisonous liquor in Nalanda, Manjhi had said that Nitish Kumar should think and consider the prohibition law. When the PM can withdraw the agriculture law, then the CM should also consider it.

read this also: Bihar: Former IPS officer Amitabh Das alleges! The girls of the women’s remand home in Patna told the names of 4 ministers: Where girls are supplied

read this also: Bihar: These are the new guidelines regarding schools, malls-gyms, cinema halls, schools will open from today after the pace of Corona slows down