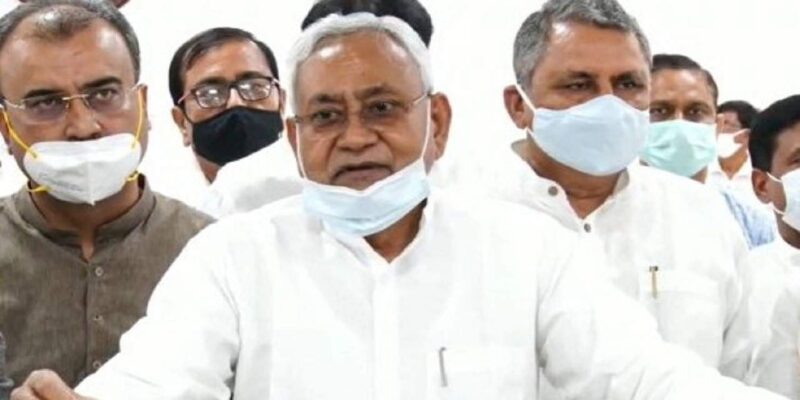 The state government has sanctioned Rs 550 crore under input grant to meet the damage caused to crops due to floods or excessive rainfall. This decision was taken in the meeting of the State Council of Ministers on Monday. 12 proposals were approved in the meeting. In the meeting, advance approval was given from the contingency fund of Rs 50 crore for payment of ex-gratia amount at the rate of Rs 50,000 to the dependents of deceased persons from Corona.

Information about the decisions of the cabinet, Secretary Sanjay Kumar said that in the light of knowing about the programs of National Horticulture Mission, agricultural inputs for fallow land should not be planted due to excessive rainfall, the government will pay 70.27 crores from its own resources for implementation in the current financial year. Approval has been given. This scheme will be done by the Centre. Agricultural input is sponsored in the financial year 2021-22. On this, the central and state government gives Rs 100 crore for the damaged crops. He told that due to the flood in the year 2021 due to COVID 19, compensation will be given due to the damage caused by excessive rain.

According to information received from the Ministry of Agriculture, Government of Bihar, this time crop could not be planted in several lakh hectares of land. The report of the district administration of all the districts has been submitted, on the basis of the same report, a loss of about Rs 1000 crore has been estimated.

Apart from this, the State Council of Ministers approved the implementation of mini kit scheme of pulses and oilseeds and the withdrawal and expenditure of Rs 50 crore 17 lakh 83 thousand in the financial year 2021-22. Along with this, clearance and expenditure were approved under the Pradhan Mantri Krishi Sinchai Yojana under the financial year 2021-22 with the approval of implementation of the scheme at a cost of Rs 87 crore 26 lakh 84 thousand. Bihar Agriculture Department Horticulture Category 7 Clerical Rules 2021 has been approved. Under Bihar Agriculture Subordinate Services Category-7, the approval of Class IV Post Attendant Recruitment Rules 2021 has been given.

The dependents of those who died of Corona will meet the Secretariat officials from the Cabinet Center after the meeting. According to official information, compensation from the state plan for acquisition of 78 acres of land for the construction of civil enclave and joint operations at Darbhanga Military Airport. Administrative approval of Rs 3 billion 36 crore 76 lakh for payment and after adjusting the amount transferred by deleting the land acquisition proposal of 31 acres earlier, administrative approval of Rs 2 billion 15 crore 32 lakh and the acquired land to the Airports Authority of India. Free transfer approved.

Also read- Soybean Price: Soybean price dropped by a quarter, who is responsible?

The father of ‘googly’, the fast bowler, who invented the new ball on the billiards table, had a career spanning just 7 Tests

PF Rule: This work is necessary to get free insurance and pension of 7 lakhs, know the complete process here