Bihar did wonders in mushroom cultivation, became the number one state in the country in terms of production 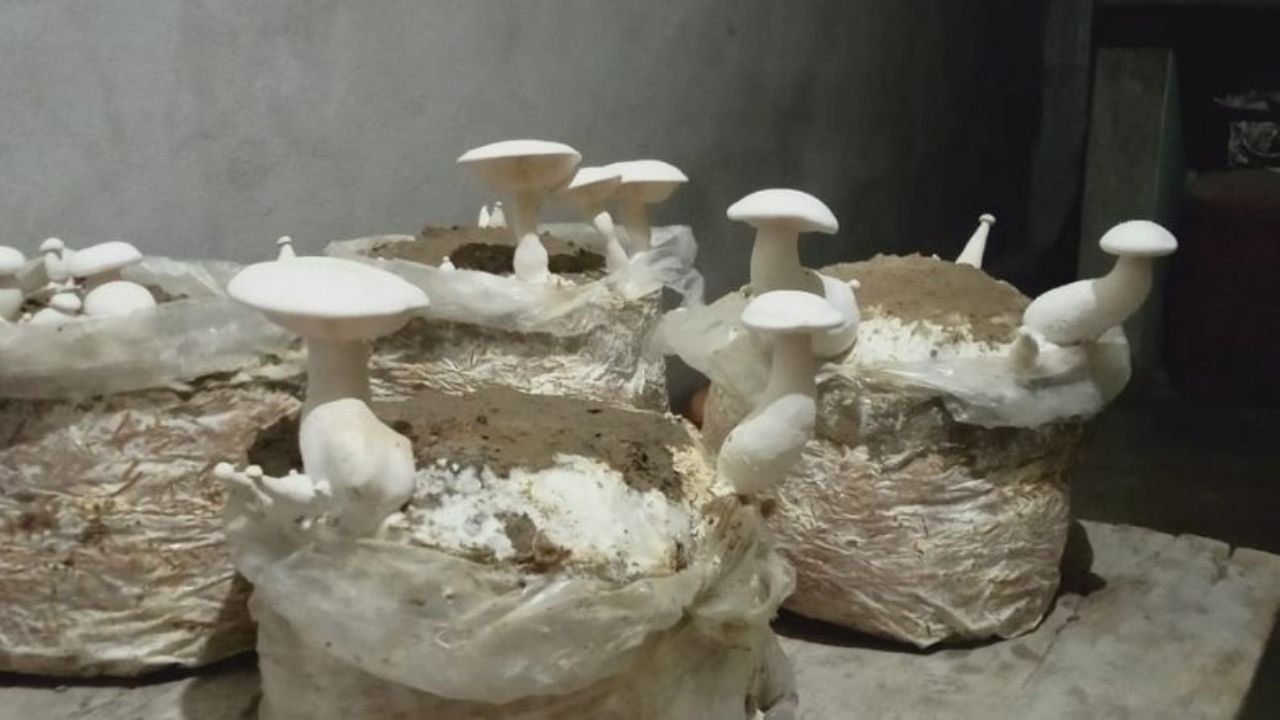 Mushroom farming (Mushroom FarmingThe farmers of Bihar, who have been progressing for the last few years, have done wonders this time. Bihar has reached the first position in the country in terms of production. According to the data released by the National Horticulture Board, in mushroom production, Bihar (Bihar) is number one. State Agriculture Minister Amarendra Pratap Singh has expressed happiness over this achievement and has given full credit to the farmers of the state. He said that the farmers are getting the benefits of the schemes of the Modi government at the center and the state government. As a result of this, the farmers of Bihar are writing a new success story.

National Horticulture Board data shows that in 2021-22 a total of 28000 metric tonnes of mushroom was produced in Bihar, which is 10.82 percent of the total mushroom produced in the country. Last year, a total of 23 thousand metric tonnes of mushroom was produced in Bihar. At the same time, 3 years ago the state was at 13th position in terms of mushroom production. Officials of the Agriculture Department say that this is a big achievement for the state, because Bihar is known for the cultivation of traditional crops. However, now a lot of experiments are being done in farming here and farmers are getting success too.

‘1000 metric tonnes of production being done in every district’

The Horticulture Board data shows that Maharashtra is the second largest producer of mushroom after Bihar. Maharashtra’s share in the total production is 9.89 percent, while Odisha’s share of third place is 9.6 percent. Dr. Dayaram, who played an important role in promoting mushroom cultivation in Bihar and popularly known as Mushroom Man, has congratulated the farmers on this success. He told that we had handed over government data to the Mushroom Research Center. People who came to Bihar from outside during the Corona period showed great enthusiasm and achieved record production. He said that we have not got the data of mushrooms produced in rural areas. All kinds of people are cultivating mushrooms in the state. He said that according to our estimates, at least 1000 metric tonnes are being produced in every district.

Bihar’s Horticulture Department director Nand Kishore is giving credit to the farmers for this. In a conversation with NewsNCR Digital, he told that in the last few years youth have shown great enthusiasm in the scheme of Bihar government. Now the government will do special work on processing units so that farmers can increase their earnings by making by-products.


‘Benefits of central and state schemes are being received’