Bihar By Election Result: RJD could not win a single seat in the by-election, Tejashwi Yadav admits defeat, says- ‘respect the mandate’ 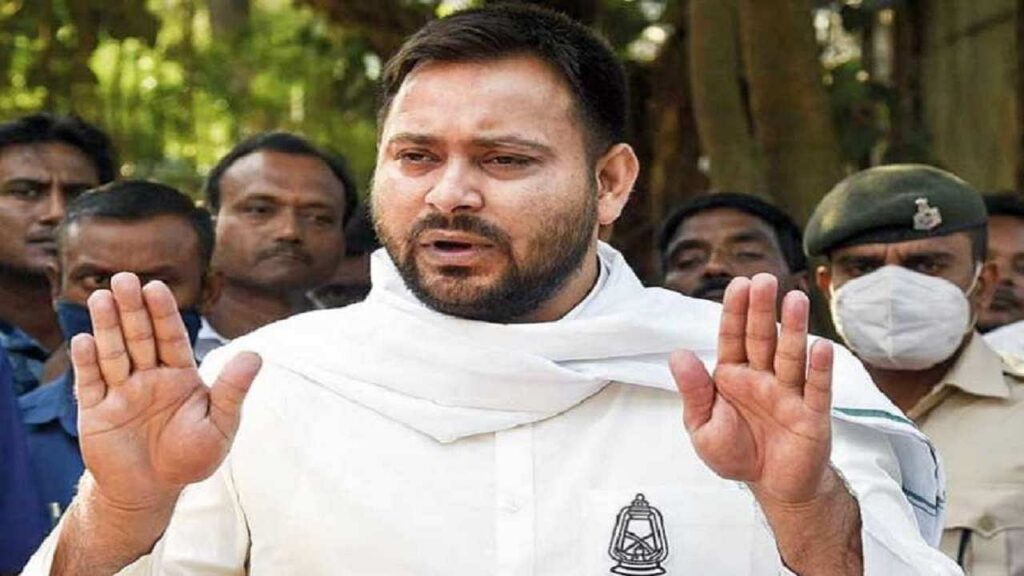 Bihar assembly by-election (Bihar By Election) results have arrived. JDU in both the seats (I GO) candidate has won. Aman Hazari from Kusheshwarsthan RJD K Ganesh Bharti by 12698 votes, while Rajiv Kumar Singh defeated RJD’s Arun Kumar Sah by 3821 votes in a close contest in Tarapur. Tejashwi Yadav after defeat in both the seats (Tajswi yadav) has accepted defeat.

“We respect the mandate”

Leader of Opposition in Bihar Legislative Assembly Tejashwi Yadav said that ‘we respect the mandate’. We believe in democracy. Some people do not believe in the mandate. He said that for the last time in 1995, Janata Dal had contested elections. After this, the Rashtriya Janata Dal has not contested B elections even once from here. Tejashwi said that our party has contested elections here for the first time, yet we have had a good position here. He said that despite some people making personal attacks in the elections, his party remained on the issues. In this way we have started a good tradition in elections. He said that we raised the issues on the ground, because of this those who are sitting in power and have forgotten the way to the village, they had to go door-to-door.

Tejashwi Yadav said like a cricketer that we have fought hard till the second lost ball in Tarapur seat. So for the defeat in Kusheshwar Sthan seat, the JDU candidate was told to get sympathy votes. On the question of rigging in the election, Tejashwi said that we have put all the things in front of the public and the Election Commission. We raised all the issues with evidence. Despite this, we have to have faith in the administration. He said if we don’t have faith then who will? Tejashwi reiterated once again even after the results came, the people of Bihar want change, and will continue to make changes.

read this also: Good News! People of Bihar will soon get cheap electricity, now there will be only one slab; Know full details

read this also: Bihar: Fake inspector arrested in Khagaria! continued to do duty in the police station for 1 month; The police officer fell on the charge