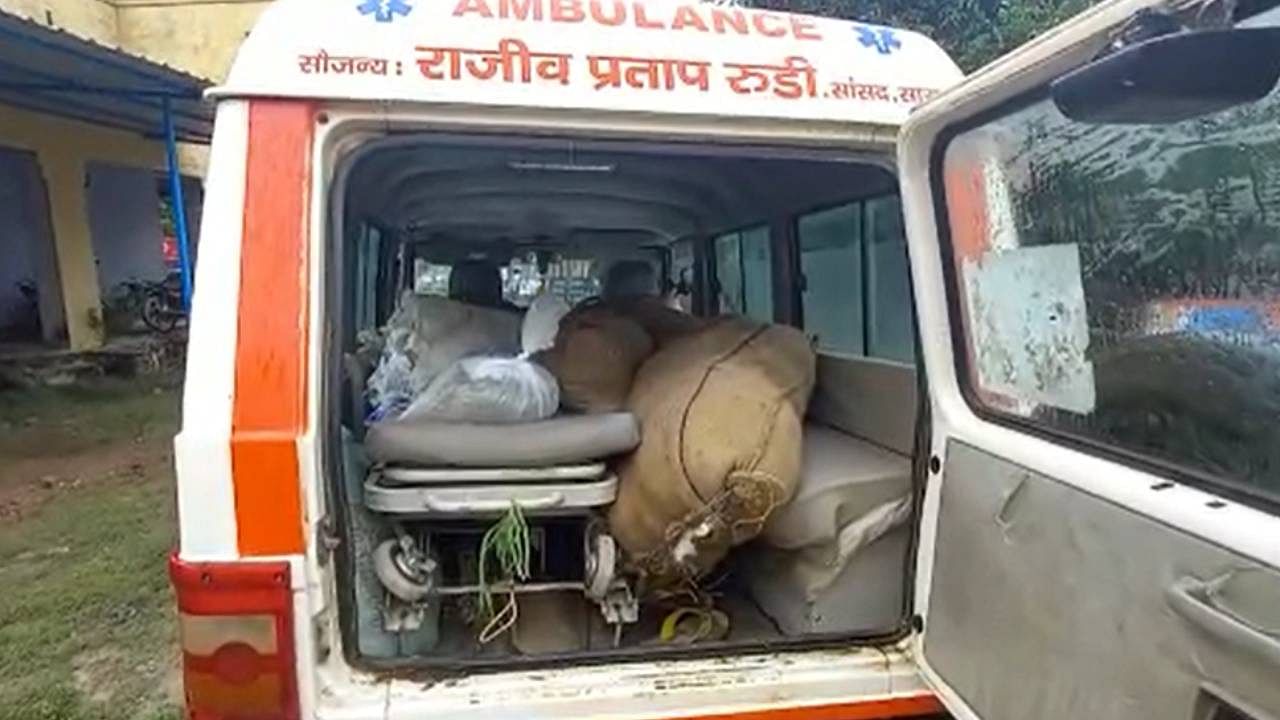 The work of carrying the biggest enemy of health is started with the ambulance provided to get rid of the health problem. Leader of Opposition Tejashwi Yadav has called the Bihar government a failure on every front, including prohibition.

Chhapra MP Rajeev Pratap Rudy (Rajiv Pratap RudyAmbulance purchased by ) through the fund has been embroiled in controversies. A big case of smuggling of liquor from the ambulance received from the MP fund has come to the fore in Chhapra. Work is being done to deliver the dose of drug addicts and alcoholics from the ambulance from which the patient was to be taken to the hospital. On the basis of secret information, Bhagwan Bazar police station has seized an ambulance in Shyamchak area of ​​the police station area and after searching it, six sacks of country liquor have been recovered under the sheet. Regarding this incident, MP Rajiv Pratap Rudy demanded action on the steering committee.

The driver was immediately taken into custody and the ambulance was brought to the police station. Where on the basis of the information received after interrogating him, liquor prohibition was made against Jaiprakash Singh, the head of Kotwa Rampatti Panchayat of Doriganj police station area, including two named and one unknown. A case has been registered under Section. The caught ambulance was purchased from Saran MP Rajiv Pratap Rudy’s MP fund and handed over to the head of the panchayats in 2019 so that sick people from rural areas do not face trouble in transporting them to health centers, but the opposite happened.

Liquor was being delivered to Siwan

The work of carrying the biggest enemy of health is started with the ambulance provided to get rid of the health problem. Leader of Opposition Tejashwi Yadav has called the Bihar government a failure on every front, including prohibition. The information was to be loaded from the ambulance and transported to Siwan. As soon as the smugglers came out with liquor, ASI Upendra Rai went out for patrol on the basis of information. He ordered a thorough investigation of all the ambulances going from the west side.

Afghan refugees worried about their future, having trouble getting jobs in India