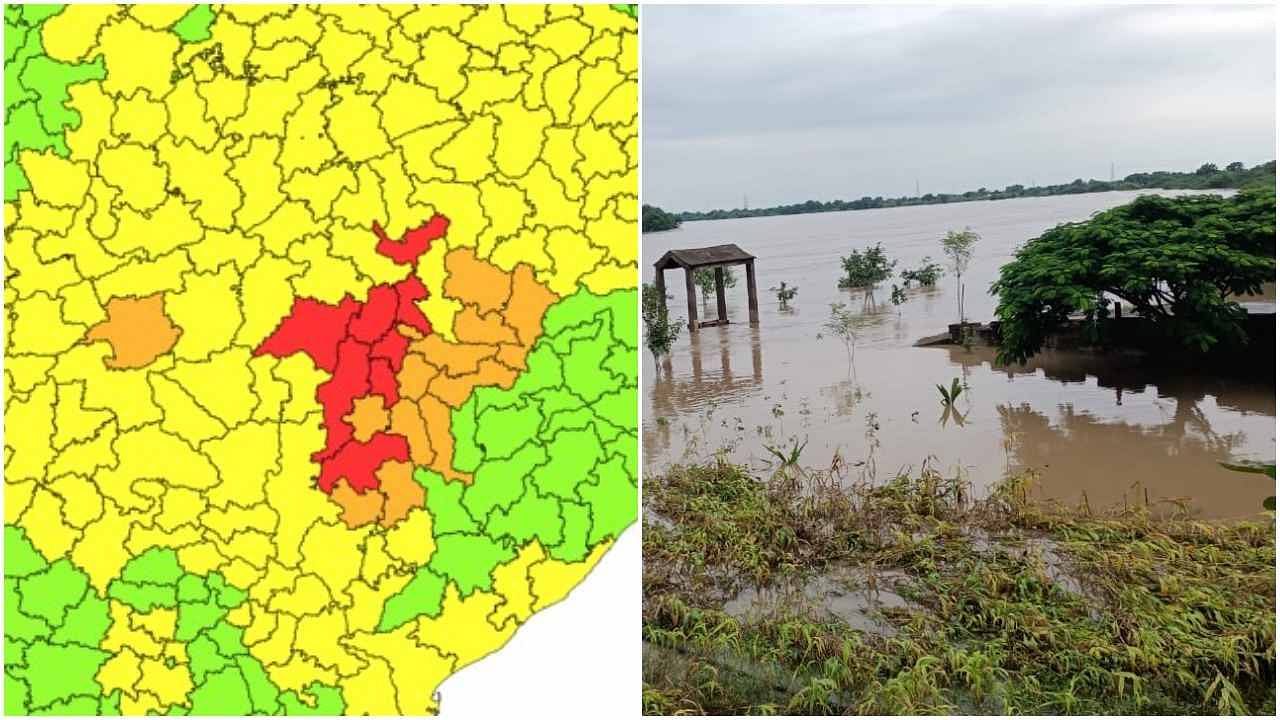 Heavy rain may occur in many areas of Delhi on Thursday. Along with this, there is a possibility of winds in Delhi with a speed of 30 to 40 kilometers per hour during the rains.

Indra Dev has been kind to the farmers cultivating in Delhi and surrounding areas. Farmers are very happy with the continuous and intermittent rains in Punjab, Haryana and western Uttar Pradesh including the national capital Delhi. Agricultural scientists say that this rain is very beneficial for the cultivation of paddy, cotton and sugarcane.

Incessant rain in Delhi for the past several days has destroyed the record of the past several years. The Meteorological Department has expressed the possibility of rain again in Delhi for the next two-three days. While light to moderate rain is expected on Wednesday, there has been a warning of heavy rain in Delhi on Thursday. In view of this warning of the Meteorological Department, it is very important for the farmers cultivating in Delhi and surrounding areas to be careful.

Which cities have to be more careful

It is raining in most areas of India including the country’s capital Delhi. In Delhi, the rain broke the record of the last several decades. Alam is that the rain water collected on the roads of Delhi is not drying up that again the heavy rains are turning the roads into rivers.

The Indian Meteorological Department (IMD) has once again warned about heavy rains in Delhi. IMD has said that it may rain in Delhi for the next two days. There is a possibility of light to moderate rain in isolated areas of Delhi on Wednesday while heavy rain may occur in many areas of Delhi on Thursday. Along with this, there is a possibility of winds in Delhi with a speed of 30 to 40 kilometers per hour during the rains.

In view of the possibility of heavy rain and strong winds in Delhi on Thursday, the IMD has issued an orange alert. Explain that Orange Alert is a warning which is issued in view of bad weather. In such a situation, in cities like Delhi, there may be problems like power outage, blockage of drains, blockade of roads.

According to IMD, this time Indra Dev has taken the complaint of the people of Delhi a little more seriously. According to the Meteorological Department, there is still a lot of rain left in Delhi in the month of September.

Also read- Good news for farmers – increase in rice prices, know why and how much the price increased

Railway’s gift to the farmers of Purvanchal, people of other states will also taste Farrukhabad’s potato and Gorakhpur’s sweet potato

Bath remedies for planets: Not only charity, but also bathing also removes the defects of planets, know how?