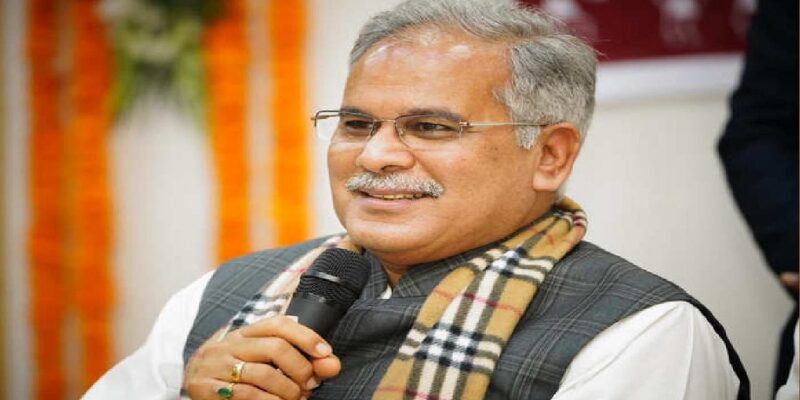 Chhattisgarh Chief Minister Bhupesh Baghel said on Sunday that in the assembly elections to be held in Uttar Pradesh after a few months, the people will give an answer to the BJP and a government will be formed under the leadership of Priyanka Gandhi Vadra, which will take decisions in favor of the poor, dalits and women.

“Decisions have been taken in Chhattisgarh in favor of farmers, Dalits and women,” Baghel, senior Congress observer for the Uttar Pradesh Assembly elections, said at the Congress’ Kisan Nyay Rally here. I understand that when elections are held here, you all will answer and the answer will be that the government will be formed under the leadership of Priyanka ji and decisions will be taken in favor of the poor, dalits, tribes and women.

It is noteworthy that many senior Congress leaders of Uttar Pradesh, including Salman Khurshid and Ajay Kumar Lallu, have said on various occasions that the assembly elections to be held next year will be fought under the leadership of Priyanka. However, nothing has been clarified by the party about the faces of the Chief Minister so far.

Congress’s Nagaland unit president K. Theri had on September 14, while lobbying for the name of party general secretary Priyanka Gandhi Vadra for the post of chief minister in Uttar Pradesh, said that the people of the state with the largest population of the country would be happy to choose Priyanka as their chief minister. Apart from being the General Secretary of Congress, Priyanka Gandhi is also in-charge of the party for Uttar Pradesh.

‘Yogi is scared of opposition leaders’

Taking a jibe at the BJP, Baghel said, “BJP people talk about cow mata, but you see how many cows are roaming on the streets in Uttar Pradesh. In Chhattisgarh, we are buying cow dung at Rs 2 per kg… BJP people use only cow dung for votes. He alleged that BJP only does politics of religion. Taking a jibe at Uttar Pradesh Chief Minister Yogi Adityanath, Baghel said that Yogi Adityanath is very scared and does not allow opposition leaders to enter his state.

China US Relations: White House said on the deteriorating relationship between China and America – US hopes to compete in a responsible manner

Sachin Pilot took a jibe at CM Gehlot in gestures, said – the ego of sitting in power till the end of life is wrong