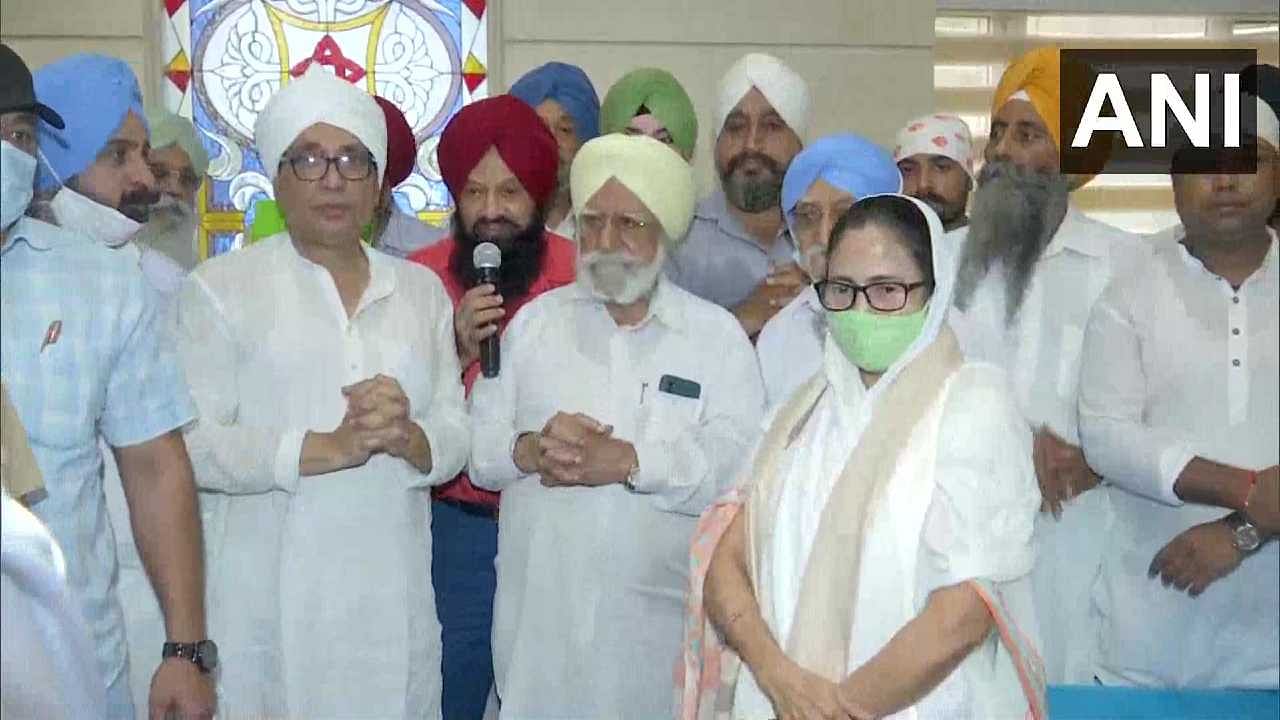 West Bengal CM Mamata Banerjee, who is contesting from Bhawanipur, started her election campaign on Wednesday and reached Gurdwara in Bhawanipur and sought support from the Sikh community there.

Bhawanipur (BhawanipurWest Bengal CM Mamta Banerjee, who is contesting fromMamata Banerjee) started the election campaign on Wednesday and it is located at the Gurdwara in Bhawanipur. (Gurdwara) She reached there and met the people of the Sikh community and offered prayers on the occasion. Earlier, Mamta Banerjee had also sent jalebis and laddus to the people of the Sikh community. Let us tell you that earlier Mamta Banerjee had also gone to the mosque in Khidirpur. On this occasion, she said that she fully supports the farmers’ movement. She is always with the farmers and supports their demand.

TMC Congress has started campaigning in Bhawanipur, but Mamata Banerjee is eyeing the Hindi speaking voters of Bhawanipur. About 40 percent of the total voters in Bhawanipur are non-Bengali voters. In this 40 percent are Gujarati, Punjabi and Bihari and their vote will be very important. Mamta Banerjee had reached here to woo the people of this community of Bhawanipur.

CM Mamta Banerjee said that you have come to take and give the best wishes of the people. She has already come to the Gurudwara long ago. He said that the relation between Bengal and Punjab is very old. Gurudev Rabindranath Tagore wrote the national anthem starting from Punjab itself. Had Punjab not lived, I would not have had the courage to fight for freedom. She went to Andaman and Nicobar, where most of the names are Punjabi. Be it Bhagat Singh or Guru Nanak, whether it is Anandpur Sahib. She respects him a lot. She had visited Punjab. On this occasion, Mamta Banerjee also spoke Wahe Guru Ki Khalsa and Wahe Guru Ki Jai and assured all possible help.

Mamta Banerjee is contesting from Bhawanipur

Let us inform that in the last assembly elections, Trinamool candidate Shobhandev Chattopadhyay had won the Bhawanipur assembly election by 28,507 votes, but he was left behind in wards 70 and 74. Mainly Hindi speaking people live in those wards. Traditionally, the BJP gets the vote of a large section of Hindi speaking people. Mamata Banerjee is contesting on the seat left by Shobhandev Chattopadhyay and the BJP has fielded Hindi-speaking Priyanka Tibrewal against her.

Durga Puja 2021: Kolkata artist made a picture of ‘Maa Durga’ in ‘Hijab’ and ‘Nakab’? The protest was deleted, apologized for it

Farmers of Bihar will cultivate pearls, big producer farmers will give training