Bolpur District TMC President Anubrata Mondol is considered very close to Chief Minister Mamata Banerjee and leaders of opposition parties have been notorious for assault threats and other serious crimes with activists.

Remedesvir distributed to all states and union territories till May 16: Union Minister Sadanand Gowda

In the eighth and final phase of the West Bengal Assembly Election on April 29, before the voting on April 29, the well-known and disputed TMC leader of Birbhum district Anubrata Mondol has been ordered to be under house arrest. According to the directive of the Election Commission, Anubrata Mandal has been placed under house arrest from 5 pm on 27 April to 7 am on 30 April. 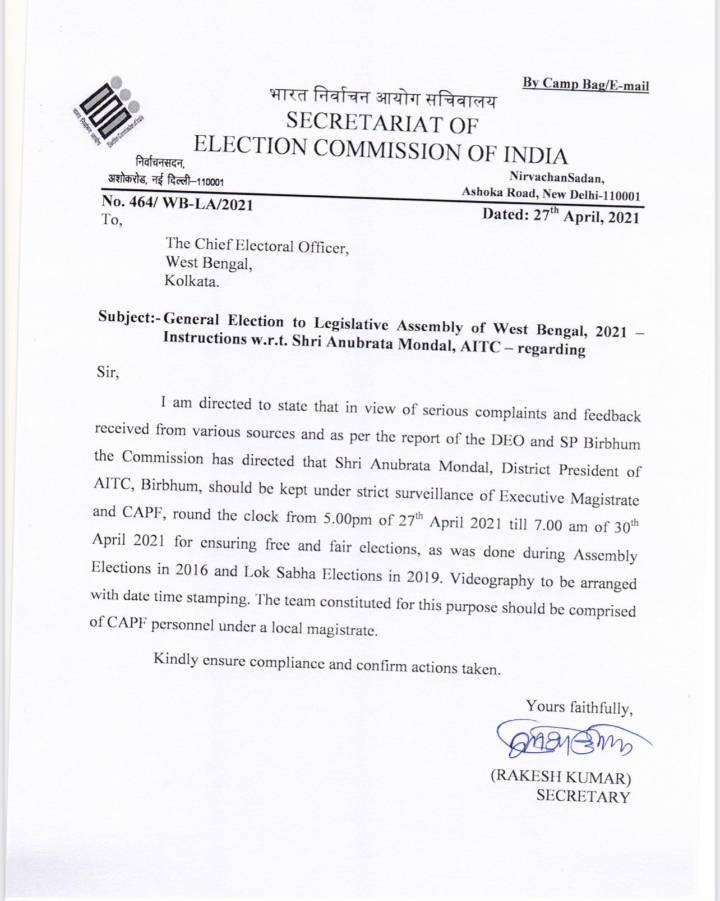 Let me tell you that Bolpur District TMC President Anubhavrat is considered very close to Chief Minister Mamata Banerjee and leaders of opposition parties have been notorious for assault threats and other serious crimes with activists. Opposition parties, including BJP, accused Anubrata Mandal of threatening the workers of the opposition party. Had complained to the Election Commission in this regard. In view of this complaint, the Election Commission has directed Anubrata Mandal to be under house arrest.

BJP welcomed the decision of the Election Commission

BJP’s Bengal unit president Dilip Ghosh said that fair elections would not have been possible if Anubrata Mandal had not been placed under house arrest. Explain that at the time of the 2019 Lok Sabha elections, due to his controversial statements and threats, the Election Commission kept him under house arrest. This time Mamata Banerjee has already warned that this time, if she keeps Ananabrata Mandal under house arrest, she will go to the Supreme Court.