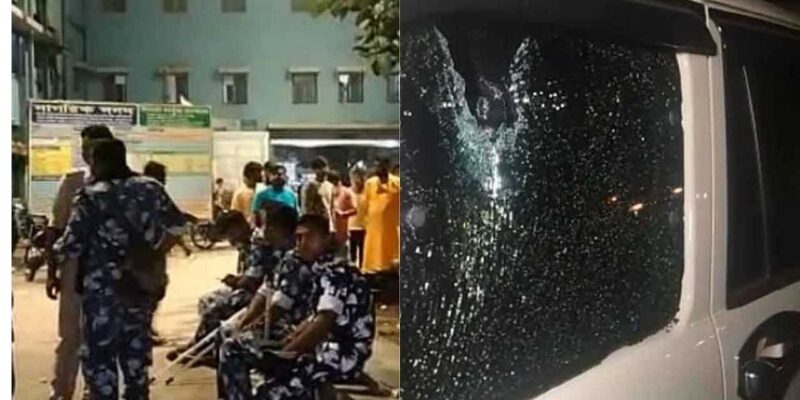 Assembly by-election on 30 October in West Bengal (West Bengal Bypolls) before then violence (Violence) incidents have occurred. Dinhata at the Indo-Bangladesh border on the night of Mahapanchami (Dinhata) 2 people have died in a clash between two groups. He is said to be a TMC supporter. There is tension in the entire area after this clash. In this case, the police have arrested 11 people. There, Khardah (KhardahControversy arose over BJP candidate Jai Saha’s flexing in ) and Jay Saha’s vehicle has been vandalized. Jai Saha alleged that there was a conspiracy to kill him. Let us inform that by-elections are to be held on 30 October in these two assembly seats Dinhata and Khardah.

The activists attacked each other with sharp weapons. Many people got injured in this incident. Police and BSF personnel took the injured to Dinhata sub-divisional hospital. There one TMC worker named Muzaffar Hussain was killed, while another TMC worker injured Abdul Mannan was taken to MJN Medical College Hospital in Cooch Behar for treatment, his injuries were serious and he was shifted to Cooch Behar, but on the way. He died. In this context, Noor Alam, a close aide of Jagdish Burma, a close aide of Trinamool MLA from Sitai, said, “The death has occurred due to political factionalism. Those who have made TMC win. BJP has attacked him. They have tried to kill him.”

In Khardah assembly constituency, there was a dispute and attack on BJP candidate Jai Saha’s installation of flax. BJP workers claim that all the accused are of TMC level. After receiving this news, BJP candidate Jai Saha went to Khardah police station and lodged a complaint. After that he went to the spot. It is alleged that his car was attacked from behind. It is alleged that bricks were thrown at BJP candidate’s car. Three BJP workers were injured in this incident. He has been admitted to the local hospital. There is a lot of tension in the area around Khardah Church due to this incident.