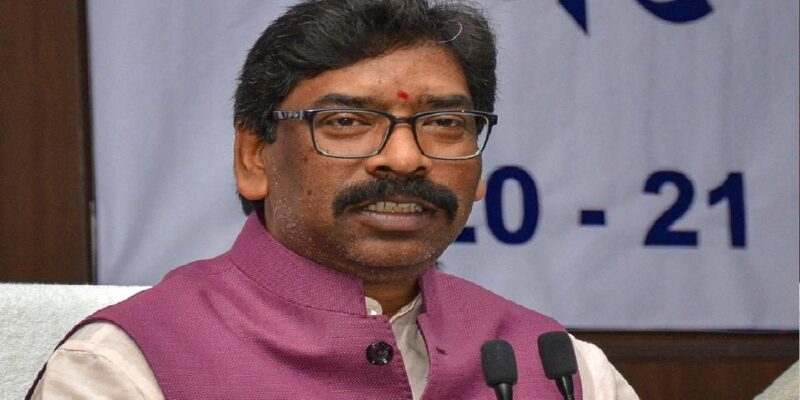 Jharkhand Chief Minister Hemant Soren inaugurated 27 PSA (Pressure Swing Accumulation) Oxygen Plant in Ranchi. All these were constructed under the PM Cares Fund. In this matter, but now the politics in the state has intensified. BJP and JMM are face to face. Because all these PSA plants were to be inaugurated by Prime Minister Narendra Modi. The program was also fixed for this. Despite this, Hemant Soren inaugurated the PSA plant a day earlier.

Reacting strongly to the inauguration by Hemant Soren, BJP leaders said that the inauguration of the PSA plants is a gimmick to gain “cheap popularity”. BJP MP from Ranchi Sanjay Seth attacked Jharkhand Chief Minister and Jharkhand Mukti Morcha (JMM) leader for inaugurating PSA plants a day before PM’s scheduled programme. Explain that PSA oxygen plants were started in 19 districts of Jharkhand.

Hemant Soren made this inauguration just a day before PM Modi was to inaugurate 35 PSA oxygen plants from AIIMS Rishikesh, Uttarakhand in 35 states and union territories. After this, PM Modi inaugurated 35 PSA Oxygen Plants at various places in 35 states and union territories from AIIMS Rishikesh, Uttarakhand on Thursday in the presence of Union Health Minister Mansukh Mandaviya.

PM said this in Uttarakhand

The PM said during the program that with the efforts of everyone, from just one lab at the beginning of the pandemic, we now have 3000 testing labs in the country. The government worked round the clock to promote the production and supply of essential items like N95 masks, PPE kits, ventilators. The movement to become self-reliant ensured self-reliance in all our abilities.

If you are doing family planning, keep these things in mind, baby will be born comfortably and you will also not be upset