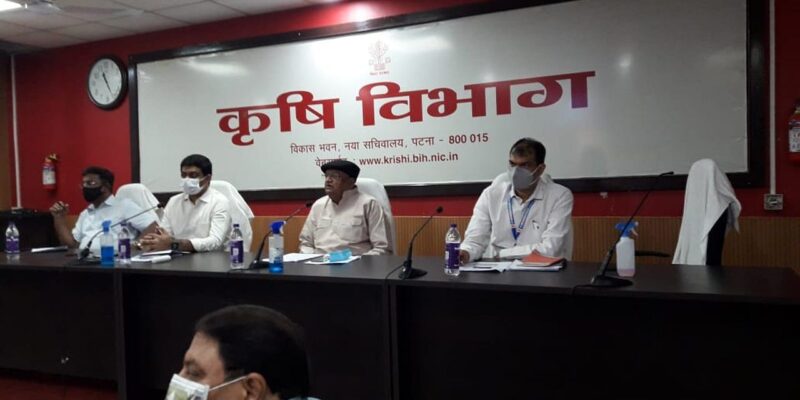 Bihar government has started strict on black marketing of fertilizers. For almost two months, many officers have come under the target of the ministry and action is being taken against many agencies. Bihar Agriculture Minister Amarendra Pratap Singh held a review meeting in the auditorium of the Agriculture Department with departmental officials and state representatives of fertilizer supplying companies on the subject of Rabi season, requirement and availability of various fertilizers for the year 2021-22. Giving a warning, he said that do not disturb the farmers in any way, otherwise be ready to face the consequences.

blackmail is not tolerated

In order to stop black marketing of fertilizers in Bihar for years, Agriculture Minister Amarendra Pratap Singh said that the government will not allow fertilizer companies to cheat farmers. In a conversation with NewsNCR Digital, he said that urea will be sold in Bihar at the rate of Rs 266.50 per bag (45 kg). Other fertilizers will also be sold at the face value on the bag.

The price and stock status of fertilizers will be displayed by all the dealers at their establishment. He said that the State Government is determined to provide fertilizers to the farmers at the price fixed by the Government of India. It will be considered a serious offense to recover even one rupee more from the farmers than the fixed price and strict action will be taken against them from the department level.

The representatives of the company present in the review meeting held two days ago were cautioned that according to the rules laid down by the Government of India, the supply of fertilizers to the retailer should be fixed. Failure to do so will ensure legal action against the fertilizer companies concerned. Representatives of all the companies present in this meeting assured that availability of fertilizers would be ensured in Bihar on time and at the right price and zero tolerance policy of the government would be fully complied with.

How much is needed in Rabi season

In the Rabi season, 2021-22, Urea 12 lakh metric tonnes, DAP 4 lakh tonnes, potash 1.50 lakh tonnes, NPK compound fertilizers 2 lakh tonnes and SSP 1.25 lakh tonnes will be required. All the companies assured that there would be no shortage of fertilizers. Urged the farmer brothers to make balanced use of fertilizers in the light of scientific recommendation. The use of chemical fertilizers in excess of the requirement causes the soil to deteriorate and the quality of food grains is not good, which is injurious to human health.

Referring to Punjab, he said that due to indiscriminate use of chemical fertilizers, the land there has been spoiled. Due to the indiscriminate use of chemical fertilizers, a large number of people there succumbed to cancer, due to which the train runs from Bhatinda to Bikaner in Punjab. Which people call by the name of cancer train. This situation does not come in the state of Bihar, so he appealed to all the farmer brothers to use compost biofertilizer in maximum quantity as well as use balanced chemical fertilizers. This will reduce the cost of cultivation and increase the production of crops.

Video: Fans were amazed to see Akshara Singh’s transformation, you too should watch this style by holding your heart

Body Parts Twitching: Good and inauspicious signs are found when the limbs twitch, know what happens to the twitching of the eyes