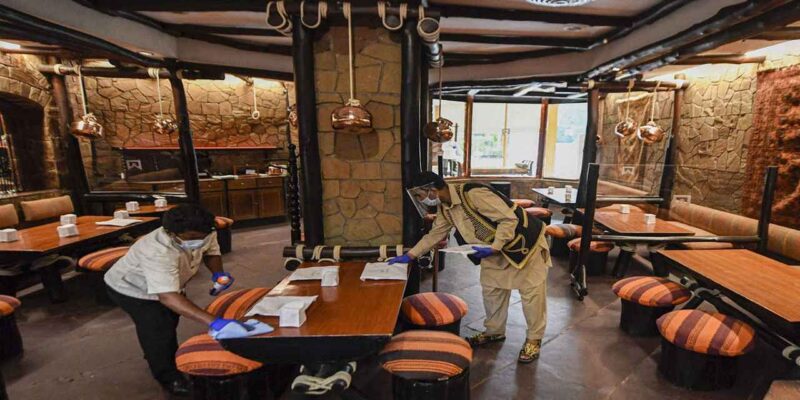 The Chief Minister said that these places can operate with 50 per cent seating capacity, but air-conditioning will not be allowed and windows and doors should remain open for ventilation.

Kerala CM Pinarayi Vijayan said on Saturday that in-house dining will be allowed in hotels, restaurants and bars only for those who have been fully vaccinated against coronavirus. Their employees and employees should also be fully vaccinated. These restrictions will not apply to those below 18 years of age as they are not currently eligible for vaccination.

The Chief Minister said that these places can operate with 50 per cent seating capacity, but air-conditioning will not be allowed and windows and doors should remain open for ventilation. In addition, indoor stadiums and swimming pools have been allowed to open for those who have received a double dose of the coronavirus vaccine. In Kerala, 91 percent of the vaccine-eligible population has been given the first dose of the coronavirus vaccine. . The Kerala government has also withdrawn its earlier order, which made it necessary for people to show RT-PCR negative certificate for movement or to take at least one dose of vaccine.

Health Minister Veena George also said that 91.3 per cent of the target population, who are above 18 years of age, have received the first dose of the COVID vaccine and 39 per cent of the people in the same age group have received both doses. Significantly, 16,671 new cases and 120 deaths were reported in Kerala on Saturday. In the last 24 hours, 1,14,627 samples were tested, while the R-value in the state is 0.94 percent.

Also read- Prime Minister Narendra Modi will bring with him 157 ancient artifacts and memorabilia, asked America to return – thank you