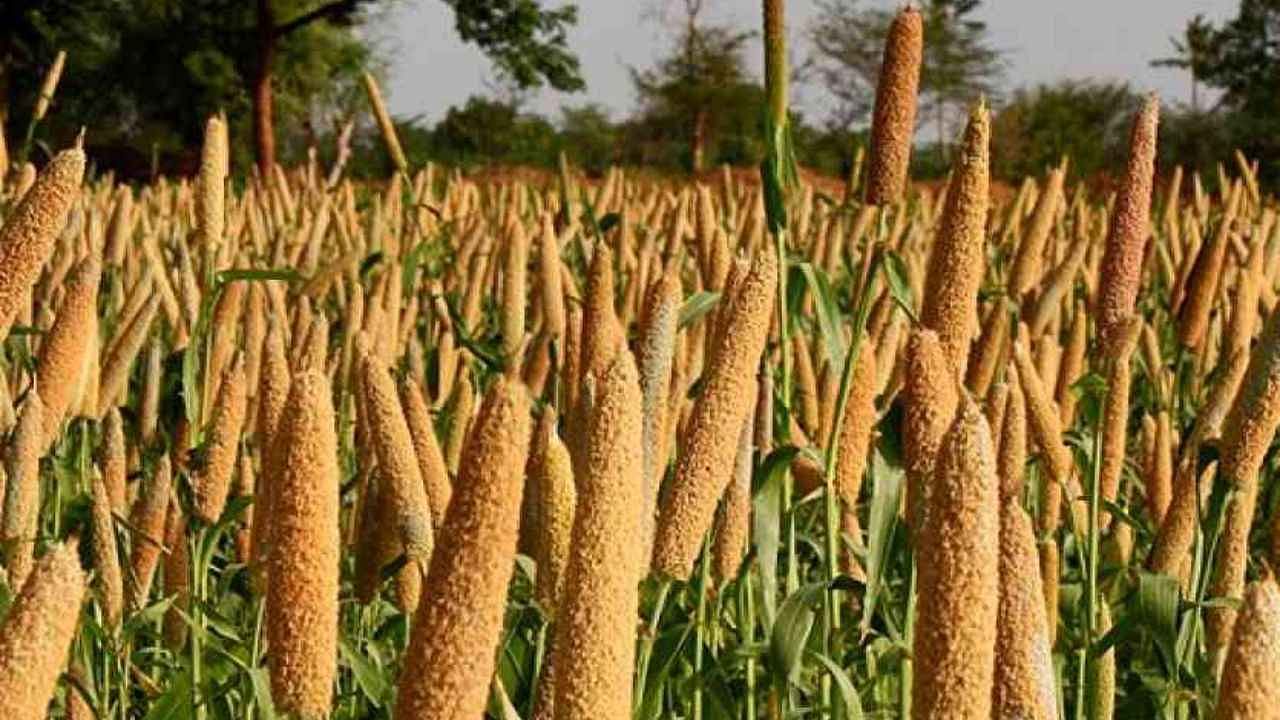 Kharif crops are being procured in Haryana from October 3 on the Minimum Support Price (MSP). However, the procurement of millet has not started yet and farmers are forced to sell their produce at throwaway prices. Farmers in Haryana produce millet on a large scale and it is the main crop of Kharif season in the state. However, the government is appealing to the farmers to reduce the cultivation of millet. In the last Kharif marketing season, there was government procurement of 75,000 tonnes of millet in Haryana.

Farmers are reaching different mandis of the state with large quantities of millet. But due to no decision yet taken by the government, they have to sell their produce at a much lower rate than the MSP. Farmers who arrived with more than 700 quintals of millet in the new grain market of Hisar told that the government has fixed the minimum support price of millet at Rs 2250. But due to lack of government procurement, we have sold our produce at a price ranging from Rs 1255 to Rs 1493 per quintal.

In order to put pressure on the government to start the purchase of millet, farmers are preparing to hold a Panchayat in Rewari on October 10 under the banner of United Kisan Morcha. In Haryana, procurement of Bajra at Minimum Support Price was to start from October 1. In view of this, on September 28, the government had announced to include millet under the Bhavantar Bharpayee scheme.

Government will buy only 25 percent of the total produce

Under this scheme, instead of MSP, it was decided to give Rs 600 per quintal separately to the farmers selling millet at market price. This time the farmers of Haryana will be able to sell only 25 percent of their produce at the minimum support price of bajra. They have to sell the rest of the produce at the average market price. Farmers should not suffer much, that is why this crop has also been included in Bhavantar Bharpayee Yojana.

Also read- Scientists got great success, now tomato and brinjal will grow in the same plant, will be very beneficial for urban areas

IPL 2021: Murali Karthik suffers from amnesia! Forget the name of the player named ‘Man of the Match’ in the match of KKR vs RR VIDEO

Thomas and Uber Cup: In the absence of PV Sindhu, Saina Nehwal will have an important responsibility, 11-year history to change the men’s team