‘Baba’s bulldozer’ ran on illegal liquor: Police destroyed more than 1200 liters, officials said – will continue to do so 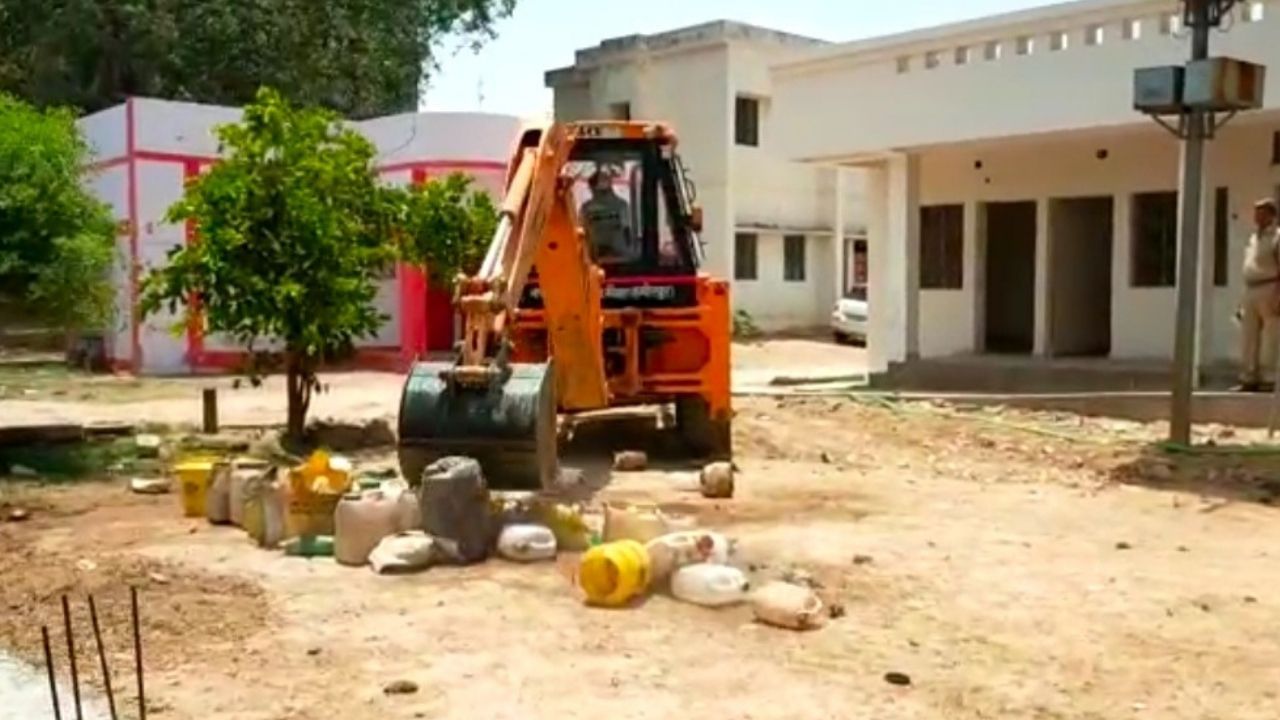 Till now you must have seen bulldozers running on illegal occupation and illegal encroachments, but now Hamirpur in Uttar Pradesh (Hamirpur) Bulldozers have also run on illegal liquor in the district. The bulldozer mixed 1200 liters of liquor in the soil within a few seconds. This action did not happen anywhere else but inside the police station. In Moudaha Kotwali of Hamirpur district, on Friday, police officers used bulldozers to destroy illegal liquor. Anyway, “Baba ka bulldozer” has become a status symbol in the state. In such a situation, the bulldozer, which roared against illegal occupation and encroachment, is now visible in other works as well.

On Friday, officials used bulldozers to eliminate illegal liquor. The police destroyed the illegal liquor stored in Maudaha Kotwali in front of the bulldozer under their supervision. This liquor was stored in police stations for many years. In such a situation, when the cases were settled, the raw liquor deposited was also destroyed and mixed in the soil.

Many people in Bundelkhand drink raw liquor. Many times people have died due to drinking this liquor. Even after this, the business of illicit liquor in the area is increasing day by day instead of decreasing. During the raids, the police catch many illegal liquor factories, in which the liquor traders or liquor smugglers go to jail, but their liquor is kept safe in the police stations until that case is resolved. In Hamirpur district, 1200 liters of this liquor destroyed was caught in just 82 cases.

The campaign to destroy raw liquor will continue even further

Mouda’s circle officer Vivek Yadav says, “Police will continue to campaign against illicit liquor. Whether it is to destroy the illegal liquor being made in the factory or after the disposal of the cases, it is to destroy the liquor kept in the police stations. At present, this 1200 liters of liquor was recovered in different cases, which the government has destroyed with the help of bulldozers inside the police station campus today after the completion of 82 cases caught in Maudaha Kotwali area under the 100-day action plan. “