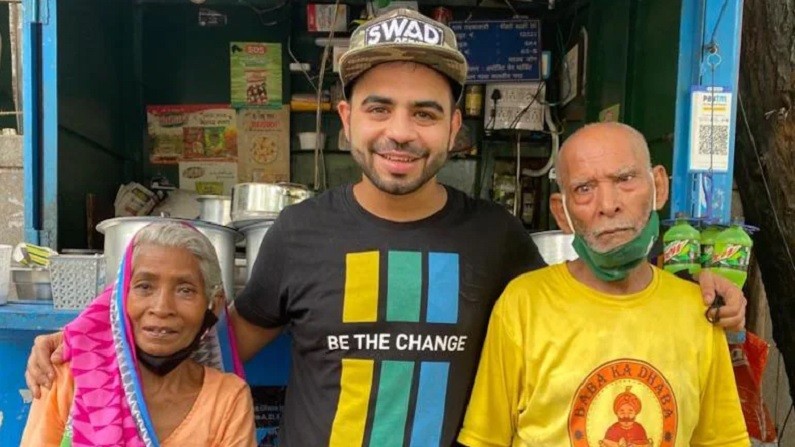 On June 17, Baba Ka Dhaba Owner Kanta Prasad tried to commit suicide. According to his wife, he was upset due to the loss in business.

Recently, after the suicide attempt, Kant Prasad, the owner of Baba Ka Dhaba, has recovered and returned home. He has given a shocking statement to the police.

Baba (Kanta Prasad) has said that many YouTubers had put pressure on him. This was the reason why he tried to commit suicide. However, till now the police has not registered any complaint against any YouTuber. But the police is probing the alleged role of those involved in the case. Police is investigating the role of YouTubers on the basis of call details of Baba’s mobile.

According to the news published in the Indian Express, South District DCP Atul Kumar Thakpar told that Kanta Prasad’s health is fine now. He has returned to his home from Safdarjung Hospital. Let us tell you that Kanta Prasad was admitted to Safdarjung Hospital after a suicide attempt a few days ago. According to the statement of a senior police officer, Baba’s condition was very serious. He was put on ventilator. He was admitted to the ICU after his condition improved.

Serious allegations against many YouTubers

According to the news, the police had recorded the statement of Kanta Prasad on Thursday. When Kanta Prasad attempted suicide, at that time his son had said that his father had consumed sleeping pills after drinking alcohol. According to the son, Kanta Prasad was sad because of not running the dhaba properly. However, now Baba has given a different statement. Baba alleges that pressure was made on him to apologize to Gaurav Vasan.

At the same time, Badami Devi, wife of Kanta Prasad, had said that the rent of the place where he opened the restaurant was Rs 1 lakh. At the same time, the income was only 30 thousand rupees. That is why Baba was going on troubled for some time. That’s why he tried to commit suicide.

Also read-Delhi: Kanta Prasad returned to ‘Baba Ka Dhaba’, new restaurant closed due to Corona; Then forced to see the path of customers in the scorching sun