Ayodhya Ram temple being built in Delhi! CM Arvind Kejriwal will worship with his ministers on Diwali 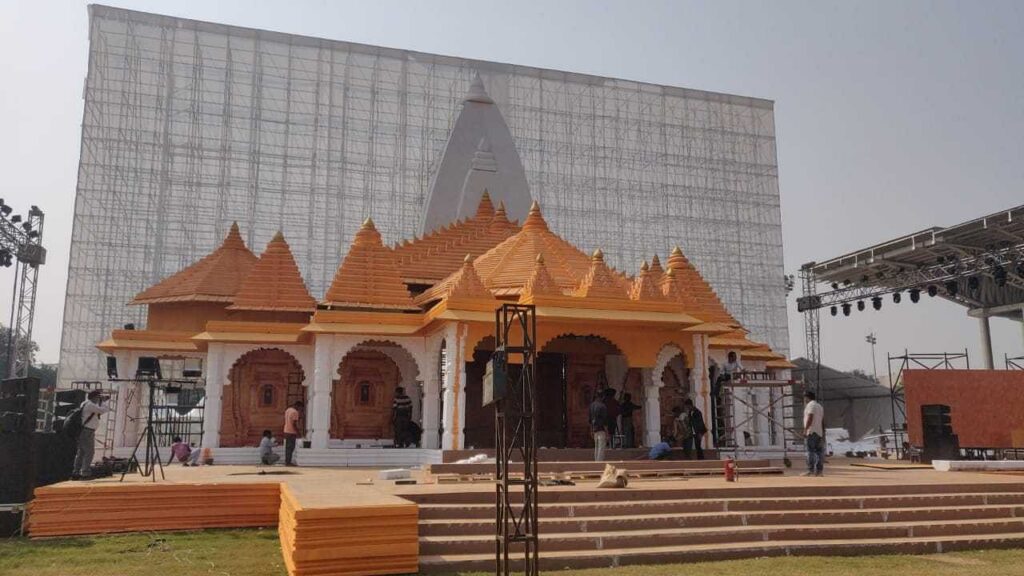 The Delhi government has been organizing big events for the last 3 years on the occasion of Diwali. This year, under the ‘Delhi ki Diwali’ program, CM Kejriwal will worship at the Ram temple being built at the Tyag Raj Stadium. Along with Kejriwal, all his ministers and their families will also be present. This program will take place at 7 pm.

The height of the Ram temple being built in the Tyag Raj Stadium is about 80 feet and the width is about 110 feet. Apart from this, arrangements have also been made for the seating of the guests. A special team has been called from Mumbai to prepare the draft of Ram temple, which is working here for the last 10 days.

Due to the UP elections, the event is not being organized

Recently Arvind Kejriwal went on a Ayodhya tour and did aarti on the banks of Saryu and had darshan of Ram Lalla. Now the draft of Ayodhya’s Ram temple has been prepared at Tyaag Raj Stadium in Delhi. In such a situation, the question arises whether the Aam Aadmi Party and the Delhi government are organizing this grand event around the UP elections? Not only this, recently the Delhi government has also given place to Ayodhya in the free pilgrimage scheme. In response to these questions, Aam Aadmi Party spokesperson Atishi says that the Aam Aadmi Party believes in every religion and has asked every religion and Diwali is a festival celebrated across the country and that is why this grand event is being organized.

Programs going on for three years

This format of Ram temple in Tyaag Raj Stadium has been made for the worship of Diwali. But in view of its grandeur and the interest of the people of Delhi, the Kejriwal government is thinking of installing it at some place, so that people can see or visit it. Last year, CM Kejriwal along with his ministers performed Diwali puja at Akshardham temple and in the year 2019 laser show was organized at Connaught Place.