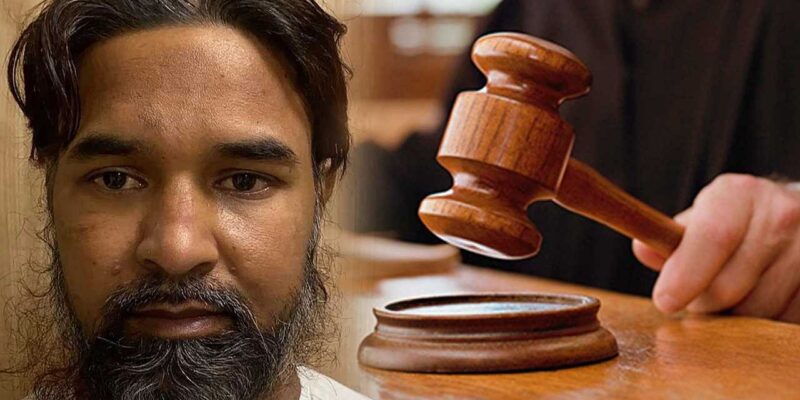 A Delhi court has sent Pakistani terrorist Ashraf, who was arrested on Monday, to judicial custody for 14 days. AK-47 and hand grenade were recovered from the terrorist. This terrorist was sent to India after training by Pakistan’s intelligence agency ISI. According to the police, it is a sleeper cell. It is being ascertained how it was being helped in India.

DCP Pramod Kushwaha of Special Cell said, on Monday around 9 pm, a Pakistani national named Mohammad Ashraf was arrested from Laxminagar area of ​​Delhi. For the last 15 years, it was living in India and used to smoke. This Pakistani is a resident of Narowal in Punjab.

Mohammad Ashraf is Pakistani but it was living as a fully Indian citizen. He had also got his fake documents made in the name of Mohammad Noori. He lived in a house close to the Aaram Park area of ​​Shastri Nagar. He had also married a woman from Ghaziabad, but later left her.

Pakistani terrorist Mohammad Asraf, who was arrested from Delhi’s Laxmi Nagar area, was sent to 14-day police custody by a Delhi court. pic.twitter.com/Az5SBkqeHe

was planning a terrorist attack

The DCP said that weapons have been recovered on the behest of Mohammad Ashraf. It was planning a major terrorist attack. ISI had given it training to operate weapons. Later it reached India via Bangladesh. It has also gone to Saudi and Thailand through Indian passport. The Special Cell has recovered a handbag, two mobile phones from it. An AK-47 gun, magazine and 60 bullets have been recovered from Ashraf. A hand grenade was also found from him. 50 cartridges and two pistols have been found from Kalindikunj Ghat on the spot of Ashraf. He had hidden this weapon in the sand of Yamuna.

Case registered under these sections

A case has been registered against Mohammad Ashraf under several sections including UAPA, Explosive Act, Arms Act. According to the police, he was about to carry out a major terrorist incident in the festive season. Search is on for his helpers in India.

Also read- Earthquake in Greece: A powerful earthquake struck the island of Crete, Greece, with a magnitude of 6.3 on the Richter scale.

Also read- If the price of soybean is Rs 10000 quintal, only then the traders will get entry in the village, know what is the whole matter

Another new disaster in front of Pakistani people, ‘Gas crisis’ arose in the country, the situation may worsen before winter