Asaram Rape Case: Rape convict Asaram did not get interim bail even today, hearing in Supreme Court adjourned till Friday 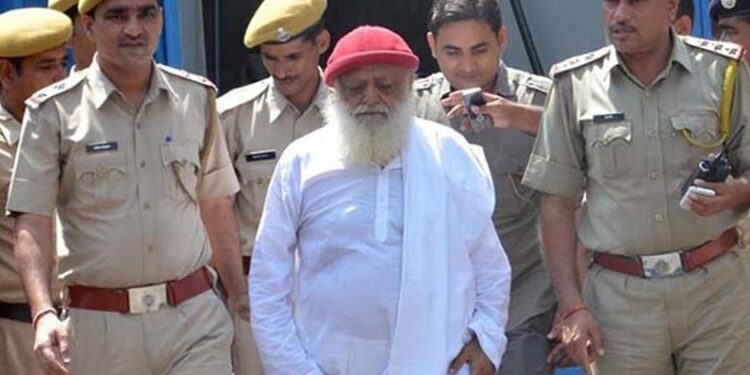 Earlier, the Rajasthan High Court had rejected the interim bail application of Asaram. Asaram has sought bail on the basis of health.

The hearing on the interim bail of Asaram Bapu, who is serving a sentence in the rape case in Jodhpur jail, has been postponed till Friday in the Supreme Court.

The hearing on the interim bail of Asaram Bapu, who is serving a sentence in the rape case in Jodhpur jail, has been postponed. The hearing has been postponed till Friday in the Supreme Court. Asaram’s lawyer sought more time from the court to file his reply on the reply filed by the Rajasthan government.

He is serving sentence in Jodhpur jail since 2013. He has sought bail several times on the pretext of illness. An application was presented on behalf of Asaram in the Rajasthan High Court for two months interim bail for the treatment of other diseases including COVID-19. Hearing on which the court had sought a report from AIIMS Hospital. The bail was opposed by the state government. Advocate Anil Joshi had said that in the medical report of Asaram presented by AIIMS, he has not been told of any serious illness.

Interim bail sought on the basis of illness

The public prosecutor had said that at present Asaram is being treated for only corona infection. At the same time, it is mandatory for the corona infected person to remain isolated for 14 days. In such a situation, Asaram cannot be sent anywhere from AIIMS Hospital at present. On this, the court had sought a new report of Asaram on May 21.

The court had rejected Asaram’s bail plea citing the Ahmedabad case. The court had said that they cannot be given a referendum. Let us inform that Asaram is serving a sentence in Jodhpur Jail in the case of sexual assault of a minor.

Also read- Corona infected Asaram did not get relief from Rajasthan High Court, the court said – will hear the bail petition on May 21

Also read-Rajasthan: Big blow to Asaram from Jodhpur High Court! Did not get interim bail, bail appeal was made in the name of treatment of Corona