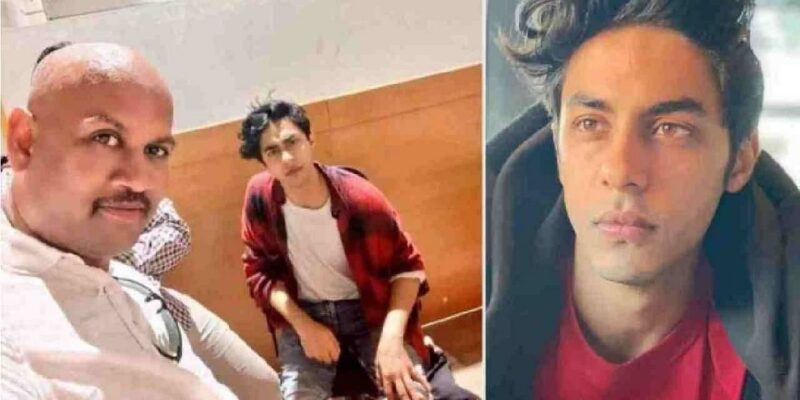 NCB had brought some witnesses in the Mumbai Cruise Drugs & Rave Party case involving Shahrukh Khan’s son Aryan Khan. One of the witnesses named Kiran Gosavi alias K.P.Gosavi (Kiran Gosavi) Is. The selfie taken of Kiran Gosavi with Aryan Khan came into the limelight. A case of cheating has come to light about that Kiran Gosavi. Kiran Gosavi is accused of duping two youths of Palghar in the name of getting jobs in Kuala Lumpur, the capital of Malaysia. These youths have also written a report against Gosavi in ​​Kelve police station in 2018. But till now no action has been taken against Gosavi.

On the night of October 2, the NCB busted high profile drugs and rave parties by raiding the cruise ship Cardelia The Empress near Mumbai. Boys and girls of big families, including Shahrukh Khan’s son Aryan Khan, who attended this party, were detained. After interrogation, eight of them, including Aryan Khan, were arrested. The names of Kiran Gosavi and BJP leader Manish Bhanushali, who were present as witnesses in this action, came into controversy. In what capacity these two caught the accused, the question was raised by NCP minister Nawab Malik. This discussion was not even over yet that this new case of cheating related to Kiran Gosavi has come to the fore.

Kiran Gosavi alias K.P. There are many more cases against Gosavi

Apart from this case, a complaint was also filed by a Pune youth against Kiran Gosavi. Police is investigating that case. There are four FIRs registered against Gosavi across the state. Despite all this, now in Palghar this case of cheating has come to light from two youths in 2018.

Kiran Gosavi had posted an advertisement on Facebook to get a job in Malaysia. After reading this advertisement, two youths, Utkarsh Tare and Adarsh ​​Kini, of Advan village in Palghar district, adjoining Mumbai, contacted Kiran Gosavi at her Navi Mumbai office. Gosavi took 1 lakh 65 thousand rupees from both of them in the name of getting a job in a big hotel in Kuala Lumpur. This money was transferred online. After this, in December 2018, both reached Kochi Airport to go to Kuala Lumpur. There he came to know that his ticket and VJ were fake. After this both of them tried to contact Kiran Gosavi, then Gosavi was not picking up the phone.

Then after coming to Palghar, both of them lodged a complaint at Kelve police station. But till now FIR has not been registered. Both the youths say that their parents had raised money by mortgaging the ornaments. Kiran Gosavi grabbed this money. Both of them say that there are many other youths like them who have been duped by Gosavi. Meanwhile, Assistant Police Inspector Bhimsen Gaikwad of Kelve Police Station has asked to investigate the matter and register an FIR against Gosavi. Gaikwad says that he took over this post in November 2020. So they cannot explain the reason for the delay in registering the FIR.

Shardiya Navratri 2021: Worship Mata Mahagauri in this way on the day of Ashtami, know its importance