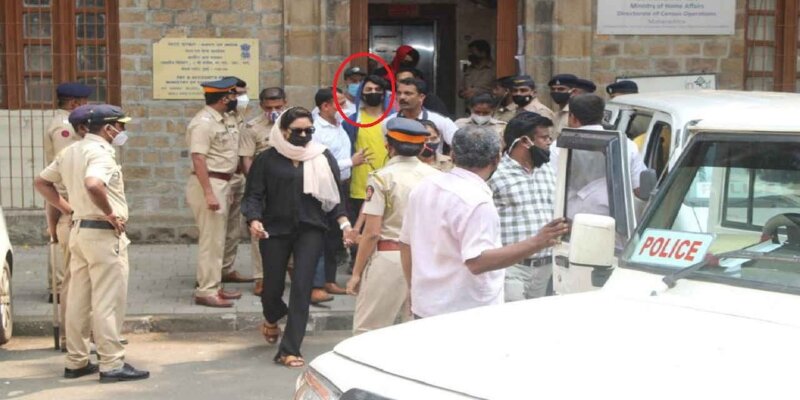 Shahrukh Khan’s son Aryan Khan (Aryan Khan Drug Case) Hearing on bail is to be held in the court today but NCB is still going to oppose the bail. Aryan Khan’s problems seem to be increasing due to the reply filed by the NCB in the court before the hearing. NCB said that the role of accused Aryan in this case cannot be understood in isolation from the other accused Arbaaz Merchant. Even though banned drugs were not found from Aryan, he was in contact with the peddler and was also involved in the transaction for purchase.

NCB has clearly stated that Aryan was in touch with the peddler and this is a big conspiracy which needs to be investigated. Aryan Khan was also involved in the purchase of drugs found from the merchant. Apart from this, evidence has also been found of the accused being involved in drug transactions abroad, so it is necessary to investigate the matter. At present, the investigation of NCB is going on regarding the transactions of drugs abroad. In this case, the crime of Arbaaz Merchant cannot be seen in isolation from Aryan.

NCB has leveled serious allegations against Aryan and other accused

During the investigation, NCB has come across some such evidence that it comes to the fore that Aryan Khan was in contact with the international drug racket network to obtain drugs. NCB is investigating in this regard. During investigation, it was revealed that accused number 17 Achit Kumar used to supply drugs to Aryan Khan. NCB has recovered 2.6 grams of ganja from Achit Kumar. NCB has recovered 62 grams of charas from Shivraj Harijan, accused number 2 of drugs case Arbaaz Merchant, from whom Shivraj Harijan used to get drugs.

Investigation has revealed that both Achit Kumar and Shivraj Harijan used to supply drugs (charas and ganja) to accused number 1 Aryan Khan and accused number 2 Arbaaz Amarchand. In the case of drug case accused number 3 Munmun Dhamecha, NCB said in its reply that 5 grams of hashish was recovered from Munmun. The recovery took place when he was stopped and interrogated on the cruise.

Hearing on bail application of several accused in the case

Aryan is in Arthur Road Jail

Let us inform that Aryan Khan, who is trapped in the cruise party drugs case, is currently in Arthur Road Jail. Every time the Narcotics Control Bureau (NCB) implicates some screw regarding his bail. Aryan’s bail was also canceled in the sessions court on October 11. Satish Manshinde was fighting Aryan Khan’s case till now, although now Shahrukh Khan has hired Senior Advocate Amit Desai for the case. Amit Desai was also seen in the sessions court on 11 October along with Satish Manshinde. They had reached for Aryan’s bail.

Special Public Prosecutor fighting the case of NCB AM ChimalkerIn the last hearing, he had said that due to the ongoing investigation, he was taking time to collect the evidence. After the arguments, Judge VV Patil gave NCB time till 11 am on Wednesday, 13 October to file its reply. So far, NCB has questioned many people in this case and their investigation is still going on. On October 9, the NCB had questioned the driver of Shahrukh Khan for 12 hours. According to NCB sources, the driver has confessed to dropping Aryan and Arbaaz Merchant at the cruise terminal.

read this also: Coal Crisis in Maharashtra: Amidst the shortage of coal, Maharashtra’s Energy Minister said, there will be no load shedding in the state

read this also: The hand of this special person is on the head of Sameer Wankhede, who created panic in the Drugs Case, wife Kranti revealed

BMW launched scooter in India at the cost of expensive car, know what is so special about it