Apple and Kashmir are synonymous with each other, the festival will increase income: Agriculture Minister 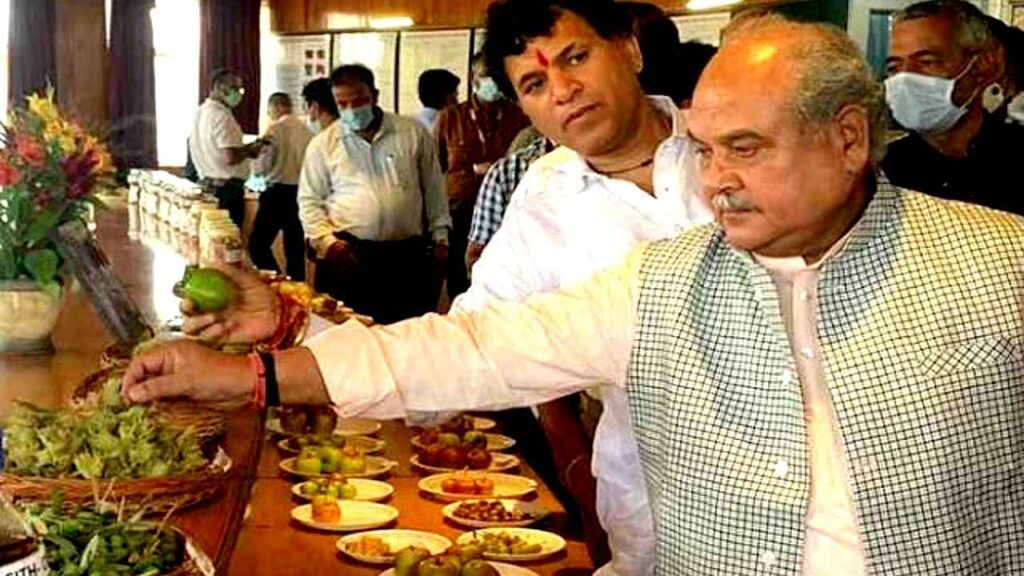 Union Agriculture Minister Narendra Singh Tomar has said that the government is working with full force for the development of agriculture and allied sector and to increase the income of farmers. Agriculture development work is being done in the state with the funds provided by the government under various schemes. He was addressing the Apple Festival organized in Srinagar. Tomar said that Apple and Kashmir are synonymous with each other. It is the main crop here. This important event will provide a better platform to the apple growers and other stakeholders here. Lieutenant Governor Manoj Sinha was also present on this occasion.

The Agriculture Minister said that with an annual production of more than 2.2 million metric tonnes, the apple here contributes 87 percent to the total national production. The livelihood of about 30 percent of the population of Jammu and Kashmir is linked to its cultivation. Under the leadership of Sinha, the work of filling the gaps in the field of agriculture is being done very fast while removing the obstacles.

Tomar said that the organization of apple festival will prove to be a milestone in increasing the income of the farmers. Tomar expressed happiness that high density plantation has been done in 2300 hectare area under a special scheme in the state. Largest quarantine center is also being opened for high density planting material. The government has started many schemes to bring about a radical change in the villages and agriculture sector.

will get all the help

Due to the hard work of farmers, research of scientists and farmer friendly policies of the government, agriculture sector is continuously developing in the country. This will definitely attract the new generation towards agriculture. He said that the central government will continue to provide all possible help to the Jammu and Kashmir government to further develop the agriculture sector.

Agriculture sector is important for development

Lieutenant Governor Manoj Sinha said that agriculture and allied sector have a significant contribution in GDP. Most of the residents are based on agriculture. The central and state governments are working together for their upliftment. Various schemes have been implemented to double the income of the farmers. The farmers of the state are also performing well. Work is being done with full force to fulfill the Prime Minister’s vision of a self-reliant India.

damages will be compensated

Sinha requested the scientists to take the benefit of their research from the lab to the land. Sinha assured that in return for the loss caused due to adverse weather in Jammu and Kashmir, the state administration will provide full financial assistance to the farmers. It is the responsibility of the Jammu and Kashmir government to protect the land of farmers in the state. The legal provisions in this regard are in the interest of the farmers only.

Union Minister of State for Agriculture Kailash Choudhary said that the progress of the farmers is certain due to the concrete steps taken under the leadership of the Prime Minister. The budget of agriculture is now 1.23 lakh crore rupees, which was only about 22 thousand crore rupees before the Modi government came. Farmers are benefitting from measures like procurement on MSP and Agriculture Infrastructure Fund of Rs 1 lakh crore.

In the program, checks and certificates of the amount related to various schemes were given to the farmers. Publication of booklet on Horticulture was also released. Local public representatives, apple growers, farmers, entrepreneurs and agricultural scientists were present on this occasion.

Also read: In the field of Agriculture Minister, the price of soybean remained only Rs 1,700 a quintal, how will the income of farmers double?