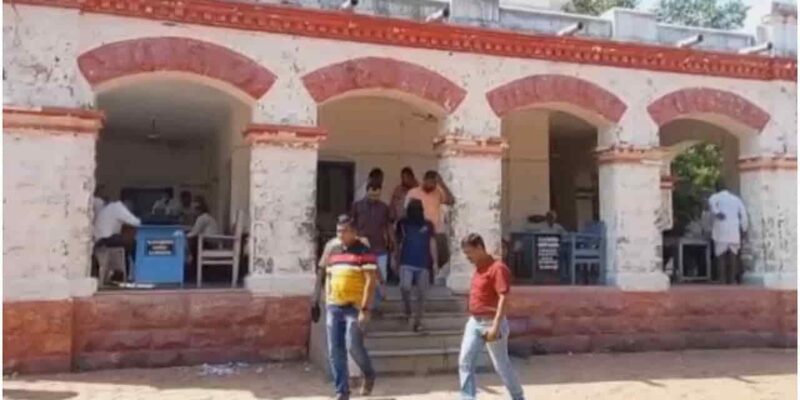 A team of Anti Narcotics Cell of Mumbai arrested a youth of Shamgarh in Mandsaur district on Monday night. The arrested youth was interrogated for about two hours at Shamgarh police station. Mumbai Narcotics had arrested two youths a few months back with illegal narcotics. Who had told the resident of Shamgarh to bring illegal drugs.

In fact, on June 30, Mumbai Narcotics arrested two youths named Sanju alias Sanjeev Sarkar and Salman with illegal drugs. It is being told that during interrogation, both the youths told to bring illegal drugs from Shoaib, a resident of Shamgarh in Mandsaur district. Along with this, mobile chat was also found. Mumbai Anti Narcotics Cell had recovered one kg of heroin and one kg of MDMA drug from both the youths.

The accused was taken to Mumbai after being produced in the court.

At the same time, Ayub Kalu Shah, the father of accused Shoaib, is lodged in Indore Jail since August 6, 2021 in the case of one kg MDMA drug smuggling. The team of officers of Anti Narcotics Cell interrogated Shoaib for about 2 hours at Shamgarh police station till late night. After this, Shoaib was presented in the Garoth court in the morning. After which ANC officials have taken Shoaib to Mumbai and Maharashtra today. Where big revelations are being expected in the interrogation.

The full name of MDM drugs is Methylene di oxy methamphetamine (Methylene di oxy methamphetamine (MDMA). It is also called MDMA in English short term. Farmers in Mandsaur district of Malwa cultivate opium in large quantities. Government license (lease)) But the farmers grow opium in a certain land. That is why the district keeps its identity in smuggling and misappropriation of narcotic drug opium. For some time it is seen that meow-meow and MDMA drug smugglers are active in the district.

Also read: Madhya Pradesh: FIR lodged against woman who made Instagram reel by dancing to film songs in Mahakal temple, case not resolved even by apologizing

Fish farming is a means of earning more in less land, in this way you will get the benefit of schemes

Britain: Boris Johnson government was careless in deciding on COVID-19 lockdown, thousands of lives lost due to delay