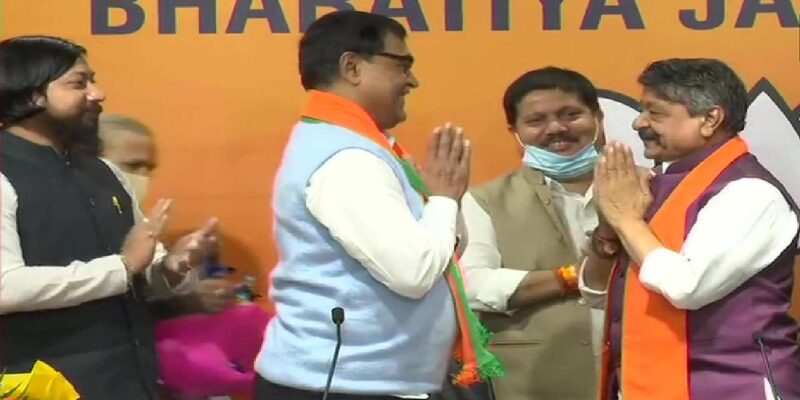 Let us tell you that in West Bengal, BJP leaders are continuing to leave the party. More recently, Babul Supriyas had joined TMC again. Even before this, Mamta Banerjee had made many leaders return to TMC. After that there is speculation of many leaders going to TMC. Let us tell you that there is a by-election in Dinhata of Cooch Behar and before the by-election Mihir Goswami’s meeting with TMC leaders is considered important. This seat of Dinhata fell vacant after Union Minister of State for Home Nisith Pramanik resigned from the post of MLA.

5 BJP MLAs have left the party in a month

Recently, MLA from Kaliaganj, Soumen Roy had joined Trinamool Congress. Earlier, three BJP MLAs had joined TMC. On August 30, Bishnupur MLA Tanmay Ghosh had ‘ghar wapsi’ to TMC. The very next day, BJP MLA from Bagda assembly constituency of North 24 Parganas district Bishwajit Das also joined TMC. In this way, the number of BJP MLAs in the assembly has come down to 70. In the last one month, four BJP MLAs have joined the TMC. Krishna Kalyani is also being speculated to join TMC.

Former TMC MLA Mihir Goswami had joined the BJP in Delhi in the presence of the party’s national general secretary Kailash Vijayvargiya ahead of the assembly elections. Mihir Goswami was considered very close to the Union Minister of State for Home, Nitish Pramanik. There are assembly by-elections in Dinhata. In view of this, this meeting is considered very important. In the assembly elections, BJP had made him a candidate from Natabari and he was also victorious.

There is no playoff in IPL 2021, this is an interesting fight, the teams of Dhoni, Kohli and Pant are confused

Maharashtra ZP & Panchayat Election Result: BJP is the single largest party in Maharashtra Zilla Parishad and Panchayat Samiti elections, yet nothing to be happy about