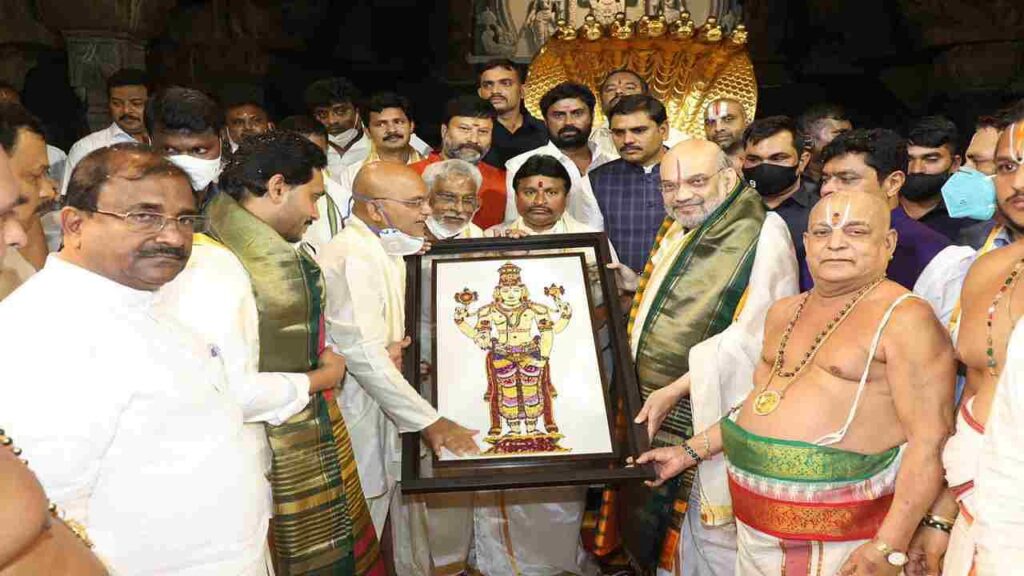 In this, along with other Chief Ministers of the states, two ministers each are members. The Chief Secretaries and senior officers of the State Governments and the Central Government will also attend the meeting. On behalf of Telangana, Home Minister Mahmood Ali and Chief Secretary Somesh Kumar will participate in this meeting. In this meeting, many issues including border dispute, security and infrastructure related issues like road, transport, industry, water and electricity will be discussed. Home Minister Amit Shah on Saturday reached the world famous Lord Venkateswara Swamy’s temple located on the Tirumala mountain and offered special prayers.

Blessed to have offered prayers at the Sri Venkateswara Swamy Temple in Tirumala, Andhra Pradesh. May Lord Venkateswara bless everyone with peace and prosperity. pic.twitter.com/JFp7Ty3AIy

Amit Shah was welcomed by the officials of Tirumala Tirupati Devasthanam

Earlier, Amit Shah in traditional attire was accorded a warm welcome by the top officials of Tirumala Tirupati Devasthanam (TTD). TTD runs this two century old temple. Before leaving the temple, Amit Shah took the blessings of the Vedic priests amid chants while TTD Board Chairman YV Subba Reddy and Executive Officer KS Jawahar Reddy honored the deity with a sacred silk robe and a sacred picture, the official said.

On Sunday morning, Amit Shah will visit Venkatachalam in Nellore district, where he will participate in a program organized by Vice President Venkaiah Naidu. He will then return to Tirupati in the afternoon and preside over the 29th meeting of the Southern Zonal Council held at Hotel Taj. After this, return to Delhi at night.

Also read- Amit Shah said- Some people defamed the holy land, made Azamgarh a den of terror, now colleges will be built here