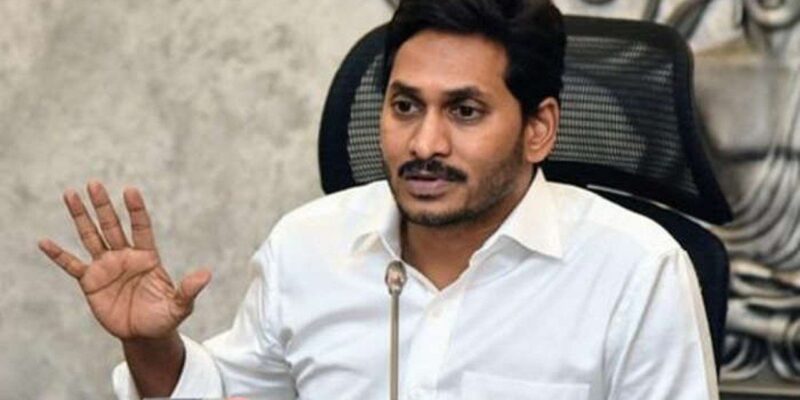 Andhra Pradesh Chief Minister YS Jagan Mohan Reddy on Friday called on Prime Minister Narendra Modi to monitor the power generation scenario for “immediate personal attention” and the shortage of coal stocks. In view of this, right measures have been demanded to deal with the crisis.

In a letter to the Prime Minister, the Chief Minister asked PM Modi to direct the Ministry of Coal and Railways to allot 20 coal rakes to thermal power stations in Andhra Pradesh. He also demanded restarting of the stranded and non-working pit head coal plant on emergency basis irrespective of the ongoing proceedings before the National Company Law Tribunal.

He said the deep-water well gas available with ONGC and Reliance can be supplied on an emergency basis to 2,300 MW non-working gas based power plants in the state. The Chief Minister said, “In Andhra Pradesh, there has been an increase of 15 percent in electricity demand in the last six months post COVID and 20 percent in the last one month. The power sector has been in turmoil due to the shortage of coal. He said that the circumstances are pushing us towards load shedding to meet the demand of supply.

In fact, the state is currently meeting the demand of about 185-190 million units of electricity every day. The Chief Minister said that the thermal power generating stations of AP Genco, which meet 45 per cent of the state’s energy needs, have hardly a coal stock left for a day or two. Genco plants were operating at less than 50 percent of their 90 million units per day capacity.

Electricity price in the market is 4.6 per kWh

Reddy said that even the Central Generating Stations are not able to supply more than 75 per cent of their 40MU per day capacity. The daily average market price of electricity in the open market has increased from Rs 4.6 per kWh on September 15 to Rs 15 per kWh on October 8. The Chief Minister also requested that banks and lending institutions be directed to liberally provide working capital loans to power distribution companies for making coal payments and making purchases in the market.

Jammu and Kashmir: Terrorist attack on police team in Srinagar, one terrorist killed in retaliation

Petrol Diesel Price: After petrol, now the price of diesel has crossed Rs 100, know why the price is increasing so fast

Syria: The general public is suffering from the ravages of war! ‘Wheat crisis’ arose in Syria, the people lying in front of the bread