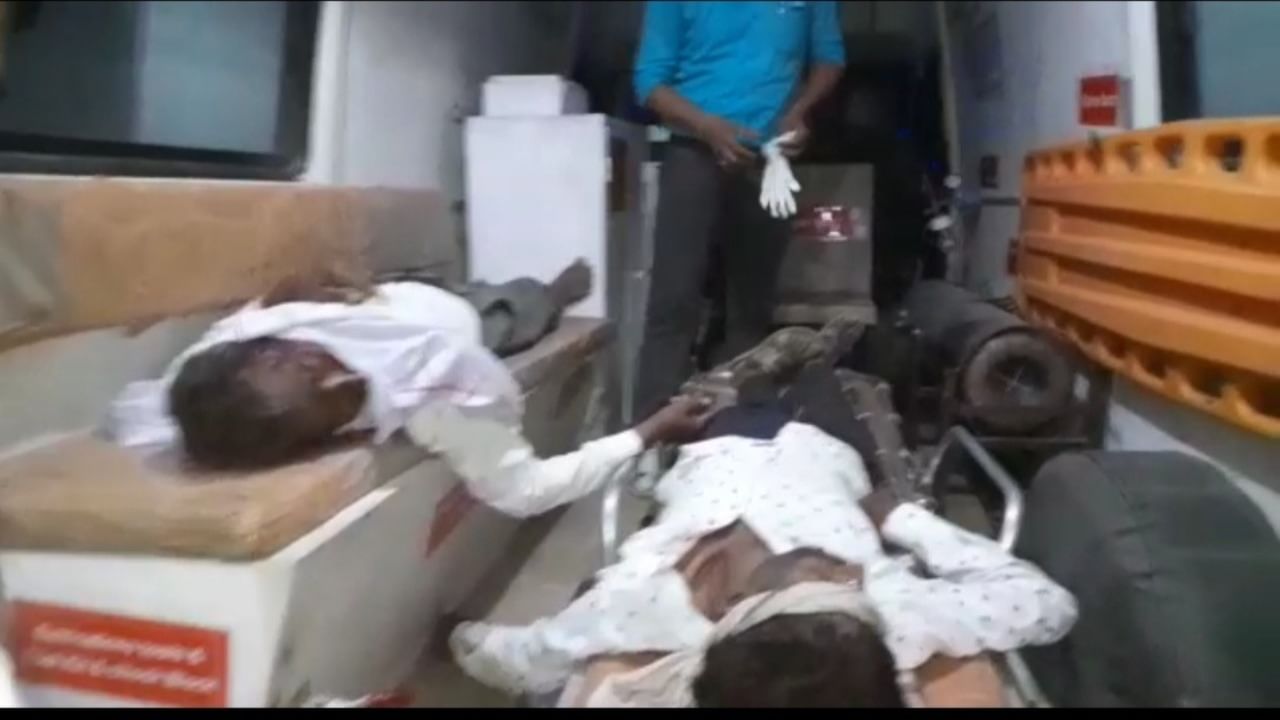 Five people died in a road accident in Amroha.

Uttar Pradesh (Uttar PradeshA major road accident on Monday late evening near Dadhial outpost of Adampur area of ​​Amroha.Road Accident) done. Five people including two real brothers were killed and three people were seriously injured in the collision of two bikes coming from face to face. The five deceased are said to be both motorcycle riders. The police station reached on the information of the incident (Amroha Police) immediately admitted all the injured to the hospital for treatment. Simultaneously, the bodies of the five dead were sent for post-mortem. As soon as the families of the deceased got the news of this accident, there was uproar. The victims’ families immediately reached the spot. Seeing the dead bodies of his loved ones, he became unconscious.

Akash, 24, a resident of Kala Shaheed of Kotwali Hasanpur area, was going to the village with his friend Kapil for some personal work. As soon as his bike reached near the outpost of Adampur police station, Dadiyal, it collided with another bike saw from the front. The collision of both the motorcycles was so fast that five people died on the spot. In this horrific accident, 24-year-old Akash, resident of Hasanpur, 50-year-old Phool Singh of Muraitha, 40-year-old Naresh, 30-year-old Satyapal and 5. Sal’s image died on the spot.

In this incident, Kapil of Hasanpur, Lavkush and Vijendra of village Guraitha under Adampur police station area were seriously injured. The police reached the spot and immediately admitted the three injured to the hospital for treatment. The police sent the bodies of the dead for post-mortem. Regional MLA Mahendra Kharak Vanshi also reached the death as soon as the news of this painful accident was received. He inquired about the well being of all the injured.

The police-administration is assuming the reason for this accident to be more people riding on the motorcycle. Police officials say that if there had not been more than two people on the motorcycle, then perhaps this accident would not have happened. He said that the high speed bikes got out of control and collided with each other. At the same time, there has been an uproar in the family and the village due to the death of five people simultaneously. This horrific road accident happened in the Adampur police station area of ​​Amroha.