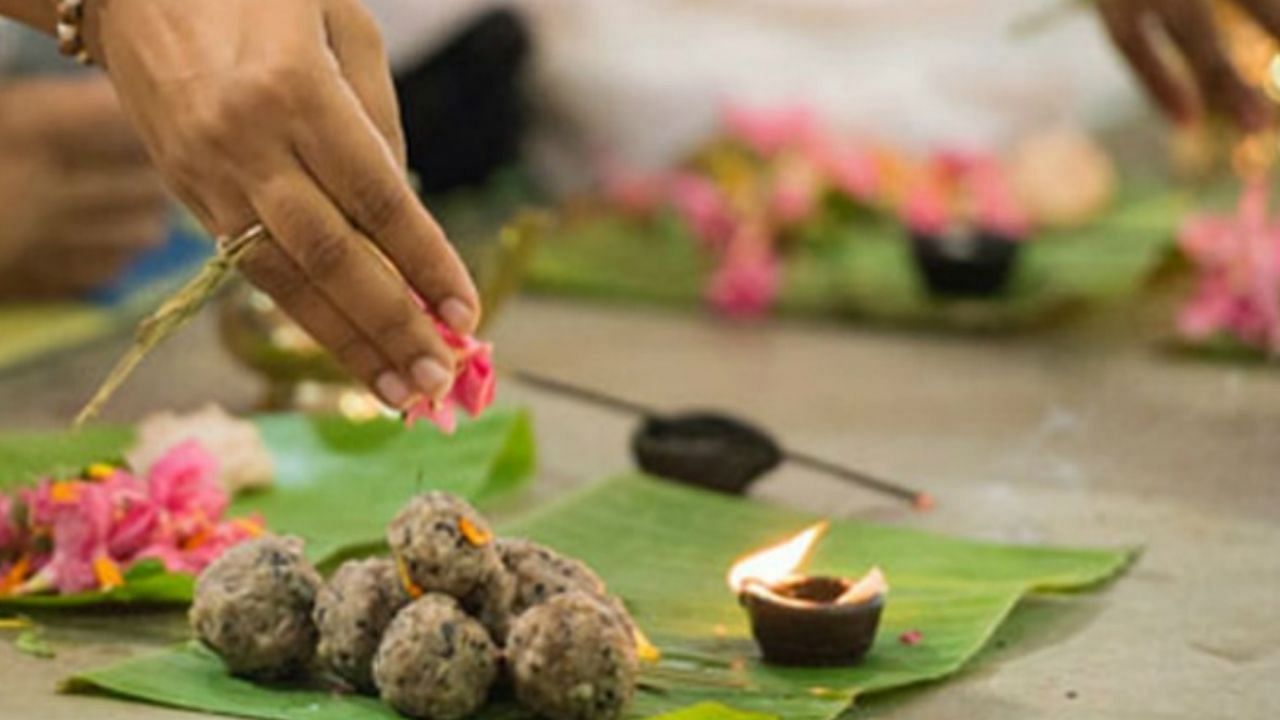 Shradh is very important for the satisfaction of ancestors.

Bhadrapada Purnima also known as Proshtapadi Purnima, though not a part of Pitru Paksha, is an auspicious day to pay homage to ancestors.

Pitru Paksha also known as Mahalaya Paksha, is a period of fifteen lunar days when Hindus appease their ancestors through prayers and special rituals. Poornima calendar is followed in North India hence the period of fifteen days during the Krishna Paksha of Ashwin month is the Pitru Paksha period.

In South India, the Amavasyant calendar is followed, so a period of fifteen days during the Krishna Paksha of Bhadrapada month is dedicated to the Pitru Paksha. Bhadrapada Purnima also known as Proshtapadi Purnima, though not a part of Pitru Paksha, is an auspicious day to pay homage to ancestors.

The main activities involved in Shradh rituals are-

After bathing and wearing clean clothes, Vishwadev is established.

Pind Daan is done in honor of the departed soul.

Pind Daan is done, a round pile of rice, cow’s milk, ghee, sugar and honey is made. It is called Pinda. Pind is offered to the ancestors with reverence and respect.

Tarpan is done with the belief that it gives happiness to the ancestors. During the ritual of Tarpan, water is poured slowly from a vessel along with black sesame and barley.

Lord Vishnu and Yama are worshipped.

Food is given first to the cow, then to crows, dogs and ants.

After that food and dakshina are given to the Brahmins.

Many people distribute food in orphanages and old age homes.

Donations made on this day are considered very fruitful.

Also read- Hanuman Worship Rules: There are some important rules to worship Hanuman ji, know it before doing it today

Also read- Happy Navratri 2021 Wishes: Send these devotional messages to your near and dear ones on the auspicious occasion of Durga Puja