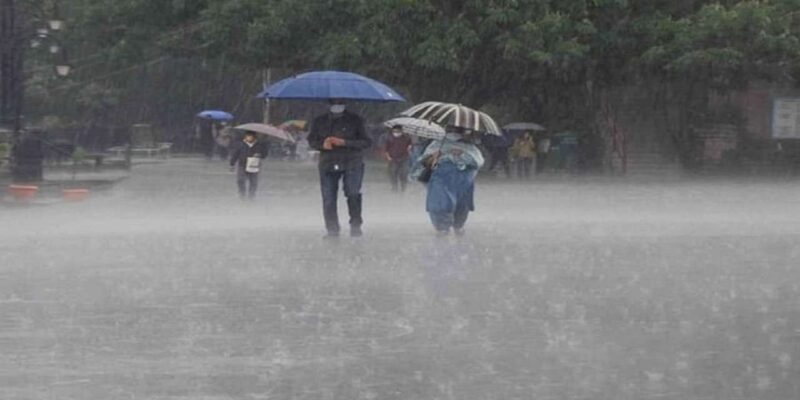 There is a possibility of rain in Maharashtra, Kerala and Coastal Karnataka for the next 5 days. Light to moderate rain is forecast in some parts of these states. At the same time, the withdrawal of Southwest Monsoon, which started from Wednesday, is also going on. However, the return line has not changed yet.

India Meteorological Department (IMD) said that the withdrawal line of Southwest Monsoon is still passing through Bikaner, Jodhpur, Jalore, Bhuj and Lat. Conditions are favorable for withdrawal of Monsoon from other parts of Gujarat, entire Rajasthan, Punjab, Haryana, Chandigarh, Delhi, Jammu and Kashmir, Ladakh, Himachal Pradesh, Uttarakhand, Uttar Pradesh and parts of Madhya Pradesh in the next 2-3 days. Huh.

Chance of rain due to cyclonic circulation

The IMD said that a Cyclonic Circulation is persisting in the Arabian Sea off the coast of Karnataka. In the next 4 to 5 days, it will move in the north direction. With this effect, there will be rain in Maharashtra, Kerala and Coastal Karnataka for the next 5 days. According to the forecast of the Meteorological Department, there is a possibility of light to moderate rain in some parts and heavy rain in some areas. On the other hand, rain may occur in Tamil Nadu on October 10 and 11.

Conditions are becoming favourable for further withdrawal of southwest monsoon from some more parts of Gujarat, entire Rajasthan, Punjab, Haryana, Chandigarh & Delhi, Jammu & Kashmir, Ladakh, Himachal Pradesh, Uttarakhand, UP and some parts of Madhya Pradesh during next 2-3 days.

The Meteorological Department has told that during Durga Puja, there is a possibility of moderate to heavy rain in many districts of West Bengal. The IMD said that there may be rain in the districts of South Bengal between October 13 and 15. On the other hand, light to moderate rainfall is forecast in South 24 Parganas, North 24 Parganas, East Midnapore, West Midnapore, Howrah and Hooghly during this period.

Rain may occur in these states on Friday

According to a report by private weather forecasting agency Skymet Weather, parts of Andhra Pradesh, Telangana, Karnataka, Konkan and Goa, parts of Madhya Maharashtra, Marathwada and Vidarbha, Lakshadweep, Coastal Odisha, West Bengal and isolated parts of Northeast India on Friday. Light to moderate rain may occur in isolated parts. Along with this, there is a possibility of light rain in Gujarat.

If the water does not come, then labor will be needed for harvesting.

This time there has been continuous rain in large parts of the country. Because of this, Kharif crops are good, but now is the time for their harvesting. In such a situation, now the farmers do not want rain. In eastern Uttar Pradesh, Bihar, Jharkhand, Odisha and West Bengal, heavy rains in early October have inundated fields. Now there will be delay in harvesting of paddy and sowing of mustard has also been postponed. Farmers are also worried that if the water does not come down soon, then the combine will not be able to go to the field and labor will be required for harvesting. Due to the harvesting of paddy from the combine, the farmers’ work ends in one go and they only worry about storage.

Also read- Scientists got great success, now tomato and brinjal will grow in the same plant, will be very beneficial for urban areas

Is the government giving 2000 rupees every month to the daughters under the Pradhan Mantri Kanya Ashirwad Yojana? Know the full truth of the viral message