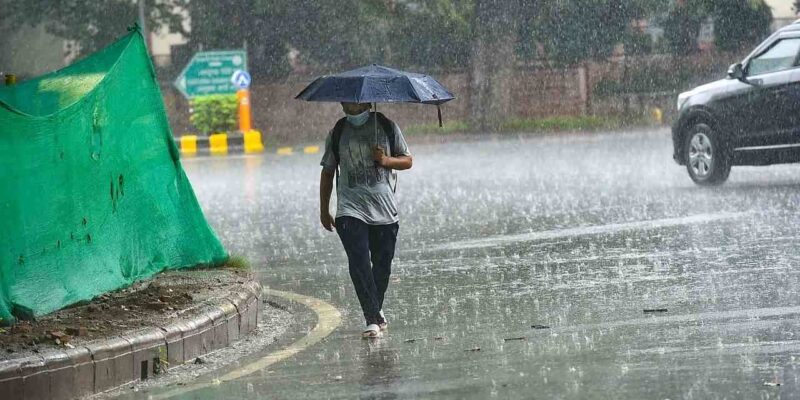 Due to the low pressure area formed under the influence of a cyclonic circulation, Odisha is likely to receive light to moderate rain in the next 24 hours. Apart from this, rain may also occur in states like Kerala, Tamil Nadu and Karnataka. The Indian Meteorological Department (IMD) gave this information on Thursday. On the withdrawal of monsoon, the IMD said that it has returned from many other states including some more parts of Telangana.

According to the Meteorological Department, light to moderate rain will occur at most places in Odisha due to low pressure. The intensity of rain is likely to increase over Odisha and adjoining central India from October 15. There is a possibility of heavy rain in some districts of Odisha during October 16-17.

Yellow alert for some districts of Kerala

On the other hand, Kerala may receive heavy rains for the next 3 days. The Meteorological Department has also issued a yellow alert for some districts. According to the department, heavy to very heavy rains may occur over Coastal Andhra Pradesh, Coastal and Interior Karnataka and Tamil Nadu for the next three days.

According to the IMD’s forecast, there is a possibility of heavy rain in East and adjoining Central India on 15 October, Gangetic West Bengal on 17 and 18 October and Andhra Pradesh till 16 October.

The Southwest Monsoon has further withdrawn from some more parts of Telangana; remaining parts of Marathwada, Madhya Maharashtra & Konkan; some parts of North Interior Karnataka and most parts of Central Arabian Sea. pic.twitter.com/6eRFO47Yig

Clouds will also rain in Himachal Pradesh, Uttarakhand and Uttar Pradesh on October 17 and 18. The department said that there will be rain and thundershowers in Kashmir, Ladakh, Jammu, Himachal Pradesh and Uttarakhand. There is a possibility of lightning during this time.

Also read- Farmers are burning stubble even after all efforts, said – we have no other option

Pakistani batsman made ‘Gadar’, hit 409 runs with the help of 24 sixes, yet was removed from the team!

What America, China and Britain could not do, this country has done it, 99 percent of the country’s population has been vaccinated.