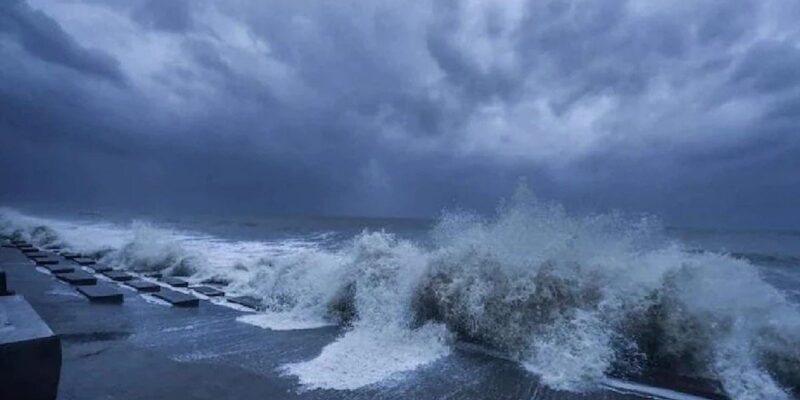 Due to the low pressure area formed in the Bay of Bengal in late September, the effect of Cyclone Gulab was seen in Andhra Pradesh, Odisha and West Bengal. There was heavy rain in these states. Due to Cyclone Gulab, some areas of Jharkhand, Bihar and eastern Uttar Pradesh saw heavy rains in early October. Now another low pressure area is forming in North Andaman Sea. Due to this, once again the fear of cyclone has become stronger.

Farmers’ kharif crop, especially paddy, has been prepared in many areas and is being harvested. At the same time, harvesting will start soon in eastern Uttar Pradesh and Bihar too. In addition, in West Bengal, Andhra Pradesh and Odisha, the paddy crop takes some time to mature. If the low pressure area formed in the North Andaman Sea turns into a cyclone, then the farmers will have to suffer a lot.

Most of the cyclones hitting the Odisha coast in October

According to the forecast of the India Meteorological Department (IMD), a low pressure area is likely to form in the North Andaman Sea around October 10. After this, it will move towards South Odisha and North Andhra Pradesh in the next 4-5 days. October is said to be a brutal month for Odisha and once again the weather activities are not favorable for the people of Odisha.

According to the news of news agency PTI, most of the major cyclones hitting the Odisha coast have come in the month of October itself. The most powerful super cyclone ever in the country hit Paradip on October 29, 1999. About 10,000 people died due to this super cyclone. Apart from this, cyclones Phailin, Hudhud and Titli also came in the month of October in 2013, 2014 and 2018.

Most cyclones hit Odisha so far

There are generally two seasons for cyclonic storms in Odisha. The first season is pre-monsoon (April, May and June to the onset of monsoon) and the second is post-monsoon (October to December). Sarat Sahu, the current director of the Meteorological Center located in Bhubaneswar, said that Odisha receives a large number of cyclones in the post-monsoon season.

In another update, IMD said that Southwest Monsoon will be observed on October 08 in some more parts of Gujarat, most parts of Rajasthan, entire Punjab, Haryana, Chandigarh and Delhi, Jammu and Kashmir, Ladakh, Himachal Pradesh, Uttarakhand and Uttar Pradesh and Madhya Pradesh. Has gone back from some parts of the state.

According to the Meteorological Department, the withdrawal line of monsoon is now passing through Dwarka, Mehsana, Udaipur, Kota, Gwalior, Hardoi and Lat. Conditions are becoming favorable for withdrawal of Southwest Monsoon from some more parts of Gujarat, Madhya Pradesh and Uttar Pradesh during the next two days.

Also read- Moisture becomes villain: Not getting full benefit of MSP, farmers are forced to sell paddy at Rs 400 less than support price

IPL 2021: SRH landed with new captain, Mumbai brought down deadly bowler, such is the playing XI of both the teams