Ajay Alok expelled from JDU, why are RCP Singh and his close friends being sidelined in the party 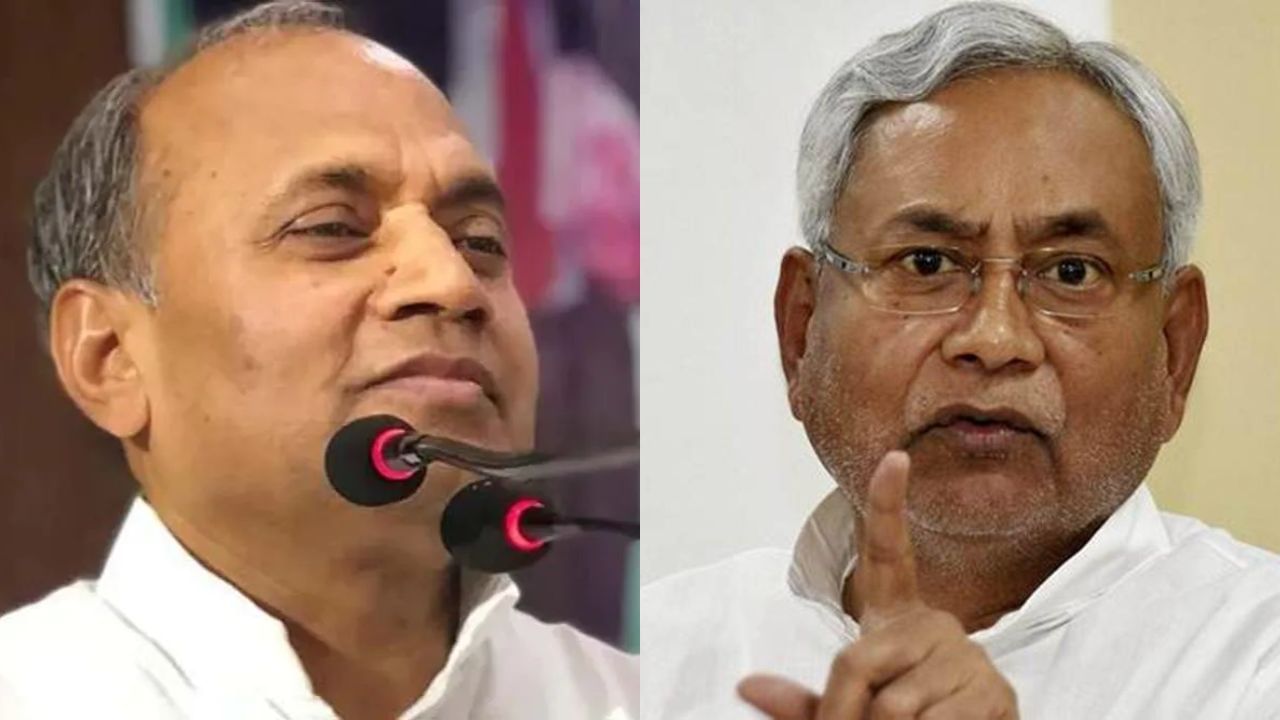 Nitish Kumar wants to maintain the separate identity of JDU at all costs. RCP Singh failed to retain this identity and in the eyes of Nitish Kumar, RCP including Ajay Alok and other office-bearers started acting like BJP’s B-team.

Indiscipline may be the formal reason for the expulsion of three, including JDU’s flamboyant spokesperson Ajay Alok, but the real reason is the closeness of these people to RCP Singh. Obviously, RCP Singh also started speaking the language of BJP riding on JDU, due to which his distance from the party started increasing. Ajay Alok and other associates also have the same charge, so they were shown the way out while taking disciplinary action against them.

The expelled JDU leaders were accused of breaking discipline

Janata Dal United has suspended State Spokesperson Ajay Alok, General Secretary Anil Kumar, General Secretary Vipin Yadav, Bhang Samaj Reform Fighter Cell President Jitendra Neeraj from primary membership. All of them have been accused of breaking discipline and were also suspended from the primary membership. All the leaders, including Jitendra Neeraj, who is very close to Union Minister RCP Singh, are considered close to RCP Singh. These leaders, dismissed from JDU, are accused of making statements outside the party line on social media and other platforms.

JDU president of Bihar state Umesh Kushwaha said that since the last few months, in many districts, the office bearers were running parallel programs against the interests of the party, so disciplinary action had to be taken. In fact, on his return to Patna after JDU leader Lalan Singh became the national president, a large number of supporters had come to lead Lalan Singh. Shortly after that, RCP Singh also returned to Patna for the first time after becoming a Union Minister. Supporters of RCP Singh also reached the airport to receive RCP Singh with a throng of vehicles. In the meantime, it became clear that the tussle between JDU quota minister RCP Singh and national president Lalan Singh had come on the road.

After winning the re-election of the 2019 Modi government, JDU wanted two cabinet berths in the Union Cabinet, but due to one offer, JDU supremo Nitish Kumar refused to join the NDA government. The cabinet was to be expanded again in the year 2021 and the responsibility of talking to the central government on behalf of JDU was given to RCP Singh. The reason for this was that RCP Singh was the national president of JDU. RCP Singh as national president kept telling Nitish Kumar that BJP is ready to give two ministerial posts to JDU. That’s why RCP Singh himself and Lalan Singh are sure to become ministers.

RCP Singh, who was considered the number two leader, had to bear the brunt of Nitish Kumar’s anger and this time RCP Singh was not nominated by the JDU for the Rajya Sabha. As a result, RCP Singh will have to resign from the post of minister in 6 months. On the other hand, on the wishes of the JDU supremacists, Lalan Singh was made the national president in the organization. Therefore, it was decided to sideline the close ones of RCP Singh. It is obvious that the one who will get the blessings of Nitish Kumar in JDU will rule the JDU. On the other hand, the one on whom the boon will be less, he will have to look for a way out… The fate of RCP Singh and his supporters seems to be the same at the moment.

Why are the RCP and its allies being sidelined in the party?

RCP Singh was accused of sitting on the lap of BJP. Two years ago, the BJP spokesperson was accused of speaking the language of BJP outside the line of JDU. Even on the issue of Hindutva, his language was different from that of JDU, which the party had felt even two years ago. Within JDU, RCP Singh had also started making statements on caste census out of party line and his supporters General Secretary Anil Kumar, General Secretary Vipin Yadav, Bhang Samaj Reform Fighter Cell President Jitendra Neeraj continued to follow the line of RCP Singh on social media in protest against JDU. But he was starting to look active.

The current national president of JDU, Lalan Singh had already advised those people who wanted to move away from the party line and celebrate Nitish Kumar’s birthday on the lines of RCP Singh in the whole of Bihar. There are other reasons for Nitish Kumar’s displeasure over RCP. In the year 2019, Nitish Kumar was trying to contest JDU candidate from Darbhanga and RCP Singh was talking on behalf of JDU as national president regarding seat sharing with BJP. According to sources, the top leadership of JDU was confident that Darbhanga would go to JDU’s quota, but it went to BJP’s quota. JDU was surprised to know the difference between the words and deeds of its general RCP Singh. Therefore, in the eyes of JDU supremo Nitish Kumar, the RCP has come under constant scrutiny.


Obviously the alliance of JDU and BJP is four decades old, but Nitish Kumar wants to maintain the separate identity of JDU at all costs. RCP Singh failed to retain this identity and in the eyes of Nitish Kumar, RCP including Ajay Alok and other office-bearers started acting like BJP’s B-team. Therefore, realizing the urgency of the occasion, the RCP and their supporters, sidelined from the organization, are being distanced from the JDU. (The author is a senior journalist, the views expressed in the article are the personal of the author.)