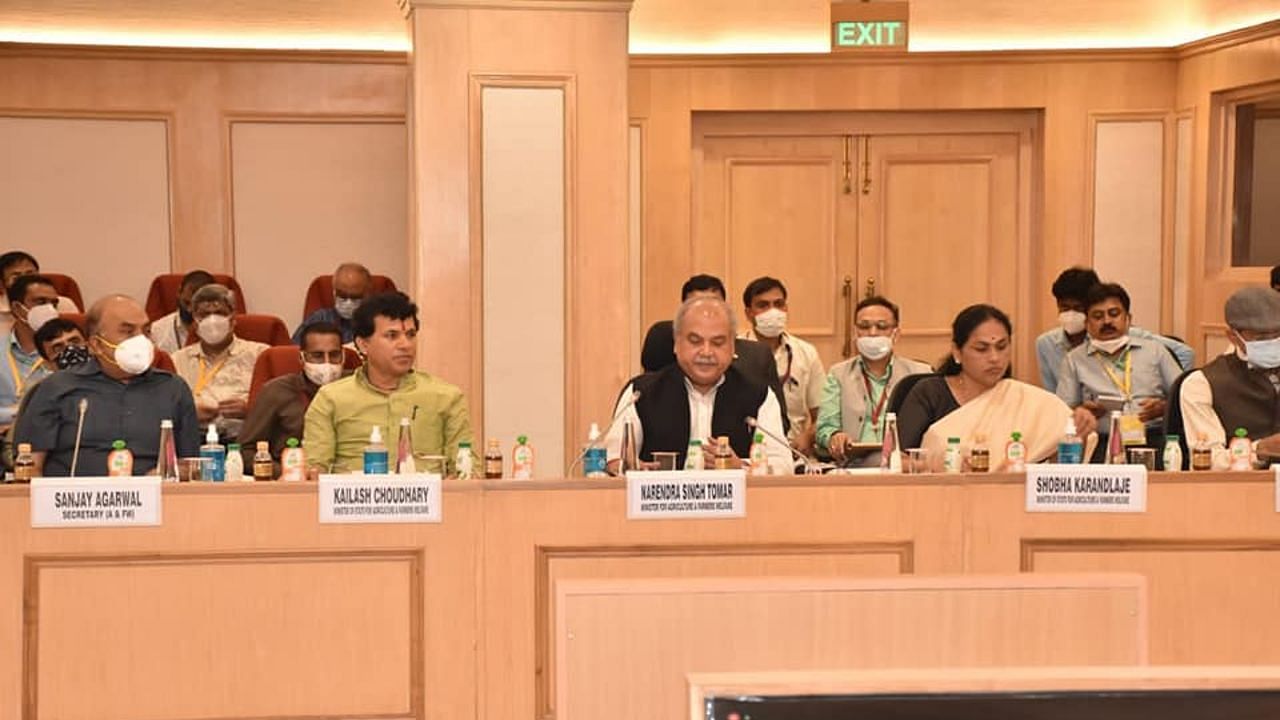 The Agriculture Minister said in the conference of the Union Territories – the unique scheme is the Prime Minister Kisan Samman Nidhi Scheme, Rs 1.58 lakh crore directly reached the bank accounts of 11.37 crore farmers.

On Wednesday, the Union Ministry of Agriculture organized a conference of Union Territories to discuss various aspects of farming. In this, a detailed discussion was held regarding agricultural development. Agriculture Minister Narendra Singh Tomar said that the central government is committed for the overall development of the agriculture sector. With the Agriculture Infrastructure Fund of one lakh crore rupees, the government is working to build infrastructure near the farmers’ fields. Once the infrastructure is built from village to village and near the fields, farmers will be able to hold their produce for some time and sell it later at a reasonable price.

The Agriculture Minister said that the Prime Minister has set a target of Rs 16.5 lakh crore this year for financial help to the farmers under the Kisan Credit Card (KCC-kisan credit card). Out of which farmers are currently using Rs 14 lakh crore. Since the KCC campaign launched in February 2020, about Rs 2.5 lakh crore has been made available to more than two crore farmers with the help of states and banks throughout the year. Tomar said that the Union Territory and the Central Government are one family. If there will be smooth operation of the schemes, then all the states will also get the strength to implement them better.

Pradhan Mantri Kisan Samman Nidhi (PM-Kisan) scheme is a unique example of transparency. Under which Rs 1.58 lakh crore has been deposited directly into their bank accounts to 11.37 crore farmers. There is no corruption in it, nor the trust in the trust, it has been possible with the help of technology in the changed system. Under this, farmers are getting 6-6 thousand rupees annually.

Under the Digital Agriculture Mission, the database of five and a half crore farmers has been prepared. By December it will reach eight crores. Union Territories are requested to cooperate in this. There is a lot of potential in the Union Territories for cultivation of costly crops and oil palm as per global standards in less area. During his recent migration to Jammu and Kashmir, he has got to see a lot of enthusiasm in the farming sector there.