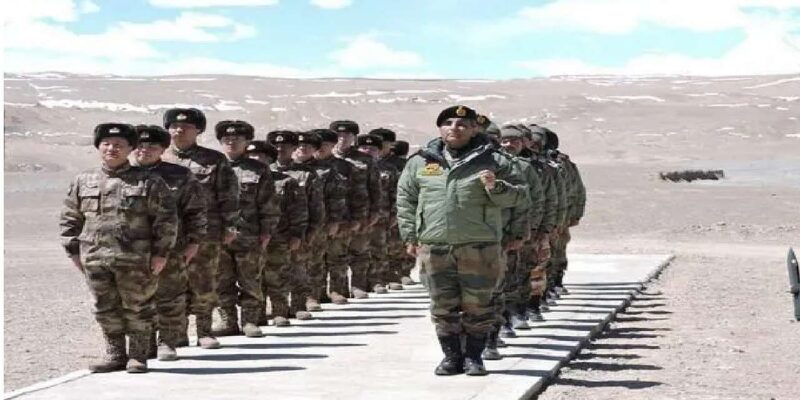 13th round of talks between India and China. (file photo)

On Sunday, the 13th round of talks to resolve the ongoing dispute between India and China on the LAC in eastern Ladakh remained inconclusive. The meeting was held on the Chinese side at the Chushul-Moldo border post and lasted a long time. The story is not that this meeting was inconclusive, the truth is hidden in the statements that India and China made after the meeting. India said that the reason for the situation on the LAC was the unilateral steps of China by denying bilateral agreements, due to which attempts were made to change the status quo there.

India said in the meeting that in order to restore lasting peace, China needs to take necessary steps in the remaining disputed places in the western sector of the LAC so that the status quo can be restored. India made many constructive suggestions in the meeting to resolve the disputed places, but China did not accept them. Not only this, India says that China itself did not have any proposals to resolve the dispute, so the meeting was inconclusive.

But, as is said after every such meeting, India said in its statement that both sides are ready to maintain dialogue and maintain stability on the ground as well. India hopes that China will try to resolve the remaining disputed issues as soon as possible, given the importance of mutual relations between the two countries. This is India’s point of view, now just listen to China’s statement.

The Global Times, the English newspaper of the Communist Party of China, has reported this conversation in a threatening manner and even said that India made unreasonable demands in the meeting, which threatens a new conflict. The Global Times quoted Senior Colonel Long Shaohua of the Western Theater Command of the Chinese Army PLA, alleging that India’s demands were unreasonable and unrealistic and that India has recently carried out new incidents in the eastern side of the LAC.

Perhaps this mention was about the infiltration of Chinese troops in the Barahoti area of ​​the LAC sector adjacent to Uttarakhand, in which more than 100 PLA ​​soldiers entered the Indian border on 30 August. There these soldiers damaged a bridge and some other structures and withdrew. This is called the reverse thief scolding the Kotwal! According to the Global Times, while focusing on the whole issue, China wanted two steps to go to China and two steps to India, but now China’s endurance is breaking and it will have to crush India’s pride. Now if this is not a threat then what else would you call it?

At the end of its report, the Global Times warns that if India ignores China’s attitude in further talks and does not change its “aggressive” attitude, then another incident or conflict situation could arise. Lieutenant General PJS Pannu, Deputy Chief of the Integrated Defense Staff of the Indian Army, says that the India-China border is 3,500 km long and is not demarcated in most parts. Both sides have their own understanding on where the border begins and ends.

According to their understanding, Indian and Chinese soldiers patrol these borders and take out flag marches, but after patrolling, the soldiers on both sides return. If this does not happen and according to India, Chinese soldiers are found in its border, then action can be taken to get them out, in such a situation, there is a risk of military conflict.

‘India has its own policies and its own national interests’

According to General Pannu, after the 12th round of talks, both the armies had withdrawn from Patrolling Point 17A in the Gogra Heights sector of Eastern Ladakh, but this is yet to happen in Hot Springs and Depsang Bulge areas. After the agreement reached in February 2021, it was decided to withdraw the forces from all sectors of Eastern Ladakh, not just from the northern and southern banks of Pangong Lake. But China is not doing this.

General Pannu believes that if China does not fully implement the February 2021 agreement, it will mean that it is trying to signal India by showing its attitude that it will support India in Afghanistan, Pakistan and other corners of the world. Worried and troubled by policy and attitude. China wants that in these areas, instead of its friendly countries, India should pay attention to its concerns and listen to them.

But, General Pannu believes that India has its own policies and its own national interests, which it is India’s duty to protect. That is why it is very important that these two countries understand and respect each other’s expectations. Not only India, China also needs to understand this very well. Only then the matter will be able to move forward.

read this also- First China, then Lebanon and now India; Will Delhi-Maharashtra-Gujarat go into darkness? How severe is the power crisis?