AAP, TMC and Shiv Sena will come together against BJP in UP! Om Prakash Rajbhar is preparing a front before the assembly elections 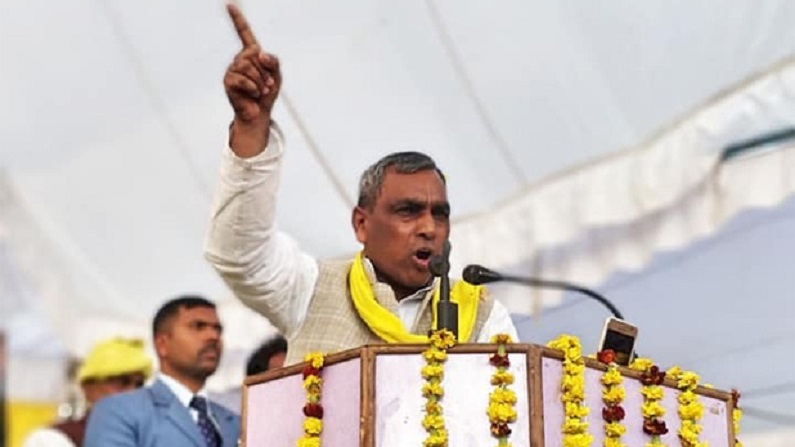 Rajbhar said that he had met Aam Aadmi Party’s (AAP) in-charge of Uttar Pradesh and MP Sanjay Singh on Saturday evening. Rajbhar has claimed that AAP leader Sanjay Singh’s stand has been positive.

Former minister Rajbhar said in the conversation that it is my effort that Mamta Banerjee, Arvind Kejriwal and Uddhav Thackeray should come on one platform to form a strong front against BJP in Uttar Pradesh. He said that in this regard, he has had talks with the leader of Thackeray-led Shiv Sena Sanjay Raut and a national general secretary of Banerjee-led Trinamool Congress in this regard. According to Rajbhar, Raut is coming to Lucknow soon where he will have a decisive discussion on the matter.

Rajbhar also said that he had met Aam Aadmi Party’s (AAP) in-charge of Uttar Pradesh and MP Sanjay Singh on Saturday evening. Rajbhar has claimed that AAP leader Sanjay Singh has been positive and that he has agreed in principle to join the Partnership Sankalp Morcha. He told that the final decision on joining the front will be taken by AAP chief Kejriwal.

It is necessary to stop BJP

Rajbhar said that for this he will hold a meeting with Kejriwal in Delhi within the next one week and Singh will also be present in this meeting. When asked whether Kejriwal would be ready to come even after Asaduddin Owaisi’s party joined his morcha, he said the need at this time is to stop the BJP. The SubhaSP president said that when BJP can join hands with PDP chief Mehbooba Mufti, then Owaisi and Kejriwal can also come on one platform to stop BJP.

Many parties are involved in the Partnership Resolution Front

There was no statement from AAP in this regard, nor has any leader confirmed Rajbhar’s claim. Earlier also Rajbhar had claimed to be part of Pragatisheel Samajwadi Party’s (Lohia) Partnership Sankalp Morcha, but this was denied by senior Pragatisheel Samajwadi Party (Lohia) leader Deepak Mishra. Rajbhar along with Owaisi, president of All India Majlis-e-Ittehadul Muslimeen, has formed the Partnership Sankalp Morcha and efforts are being made to include many smaller parties in this front.

Population control law in UP soon! If you also have more than 2 children then you may have to wash your hands with these facilities