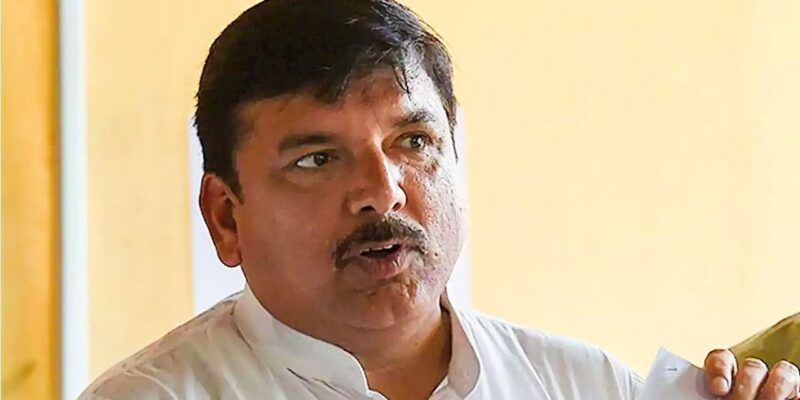 Demanding the sacking of Ajay Kumar Mishra from the post of Minister of State for Home, Aam Aadmi Party (AAP) MP Sanjay Singh said on Sunday that justice is not possible in the Lakhimpur Kheri violence case unless the accused. Ashish’s father will continue to be a Union Minister.

Singh alleged that the Bharatiya Janata Party (BJP) and the Yogi Adityanath-led government tried their best to save Mishra’s son Ashish, but he had to be arrested as the Uttar Pradesh government had access to the matter after the Supreme Court’s intervention. There was no other option left.

Singh, who is visiting Uttar Pradesh, said in a video message, “As long as Ajay Mishra remains the Minister of State for Home, justice cannot be done in this matter.”

After 12 hours of interrogation, Uttar Pradesh Police arrested Ashish Mishra on Saturday night in connection with the October 3 violence in Lakhimpur and was produced in a local court, from where he was sent to judicial custody for 14 days. Eight people, including four farmers and a journalist, were killed in the violence.

Ashish has been named as an accused in the FIR, alleging that he was traveling in one of the vehicles that drove four farmers protesting Uttar Pradesh Deputy Chief Minister Keshav Prasad Maurya’s visit to the area. was crushed.

Singh, a Rajya Sabha member of AAP, said, “The BJP and the Adityanath-led government tried its best to save Ajay Mishra’s son. However, after the Supreme Court’s rebuke, he was questioned and arrested, as there was no other option left.” Targeting the central government, Singh also questioned Prime Minister Narendra Modi’s silence on Lakhimpur violence Asked why Ajay Mishra has not been dismissed from the post of Minister of State for Home.

‘Reminds me of General Dyer’s rule’

Singh questioned, “After India’s independence, this incident of crushing the farmers like worms reminds us of the rule of General Dyer….Didn’t he (Prime Minister) see those pictures? Didn’t he see that heart-wrenching incident?”

The AAP leader claimed that the family members of the farmers and the journalist killed in the incident are also not “hopeful” of getting justice in the case, unless Ajay Mishra is removed from his ministerial post. “The Union minister’s son (Ashish Mishra) has been arrested. The whole country is now asking the government that when will the minister be sacked from his post?

Haryana is number one in paddy procurement till now, Punjab lags behind