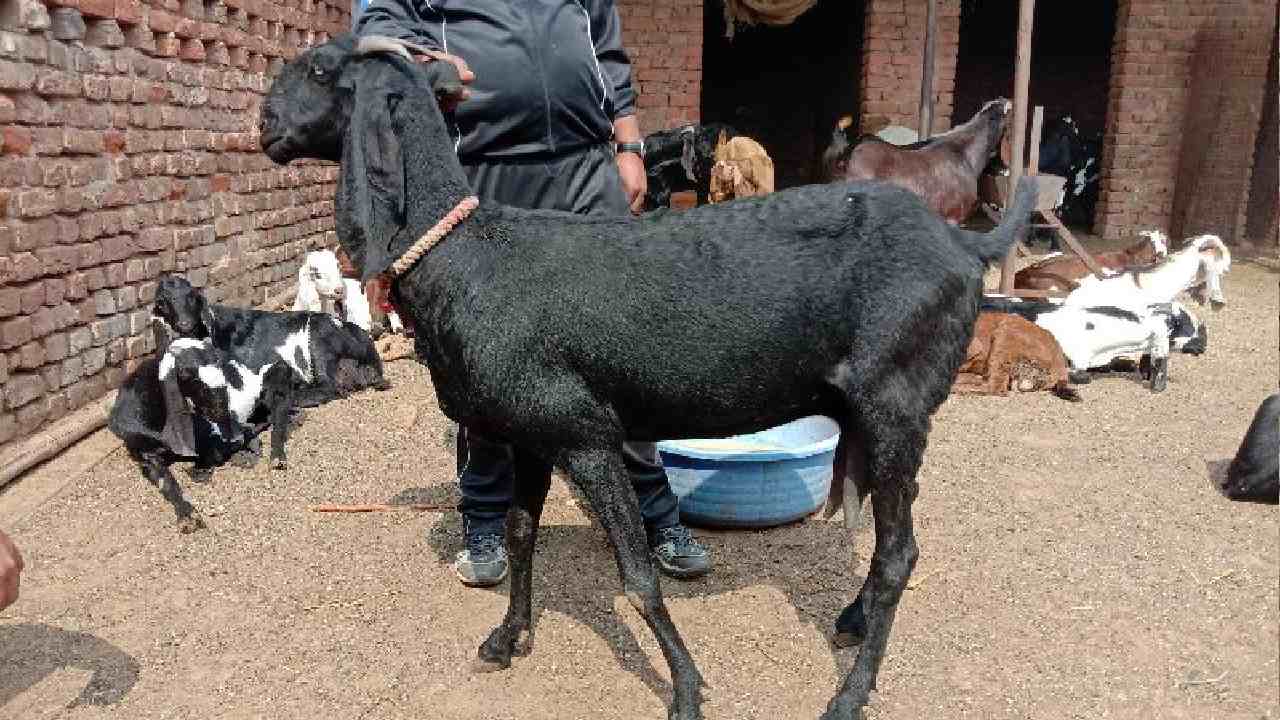 He started with 15 goats. Today they have more than 75 goats, many of them are going to give babies. The rest of the goats have been sold, all the goats they have are of good breed.

Agriculture and animal husbandry have become a profitable business in the country today. If we do farming or animal husbandry in the right and scientific way, then the earnings are also very good. That’s why today it is attracting a lot of youth. A large number of youth are leaving their jobs and adopting agriculture and animal husbandry. Due to this they are earning good money. In this they are seeing their golden future. One such young farmer is Ajay Saharan, a resident of Haryana. Those who are leaving a well-earning job in the Merchant Navy and are rearing goats.

Ajay has been rearing goats for the last one and a half years. They have goats of beetle breed. Ajay mainly works on the breeding of goats. Here they do goat rearing in a hi-tech way. He told that a year and a half ago he started it with 15 goats and one goat after taking training from Mathura and other places. Earlier he worked in Merchant Navy.

Ajay Saharan Farm is spread over an area of ​​one acre. Apart from this, the area of ​​the farm is in one acre on separate land for preparing the fodder for the goats. Ajay has built a shed in an area of ​​50X40. It is two thousand square feet. This is a double story shed, where earlier he reared Kadaknath chickens. But when the goats were more, they removed the Kadaknath ho. Plastic flooring has been done in the shed. Which he bought from Tamil Nadu. Four lakh rupees were spent on them in flooring. Altogether an expenditure of about Rs 30 lakh has been incurred.

He started with 15 goats. Today they have more than 75 goats, many of them are going to give babies. The rest of the goats have been sold, all the goats they have are of good breed. At present there are 10 goats in his farm. Beetle breed goats are very big and their milk is also good. He told that he wants to work on only one breed in a shed. Goats are given green fodder in the food. Apart from this, they themselves prepare the food of the goats. Apart from this, sometimes the goats are also left open. 10 thousand rupees are spent on the food of goats in a day. Regarding earning, he said that he is currently focusing on the form with the hope of earning well.

Karnataka: This is the first assembly session of CM Bommai amid caste-based census and reservation dispute, monsoon session will start from today

Boiled eggs should be eaten within how many hours, it gets spoiled in such a time and you may suffer loss