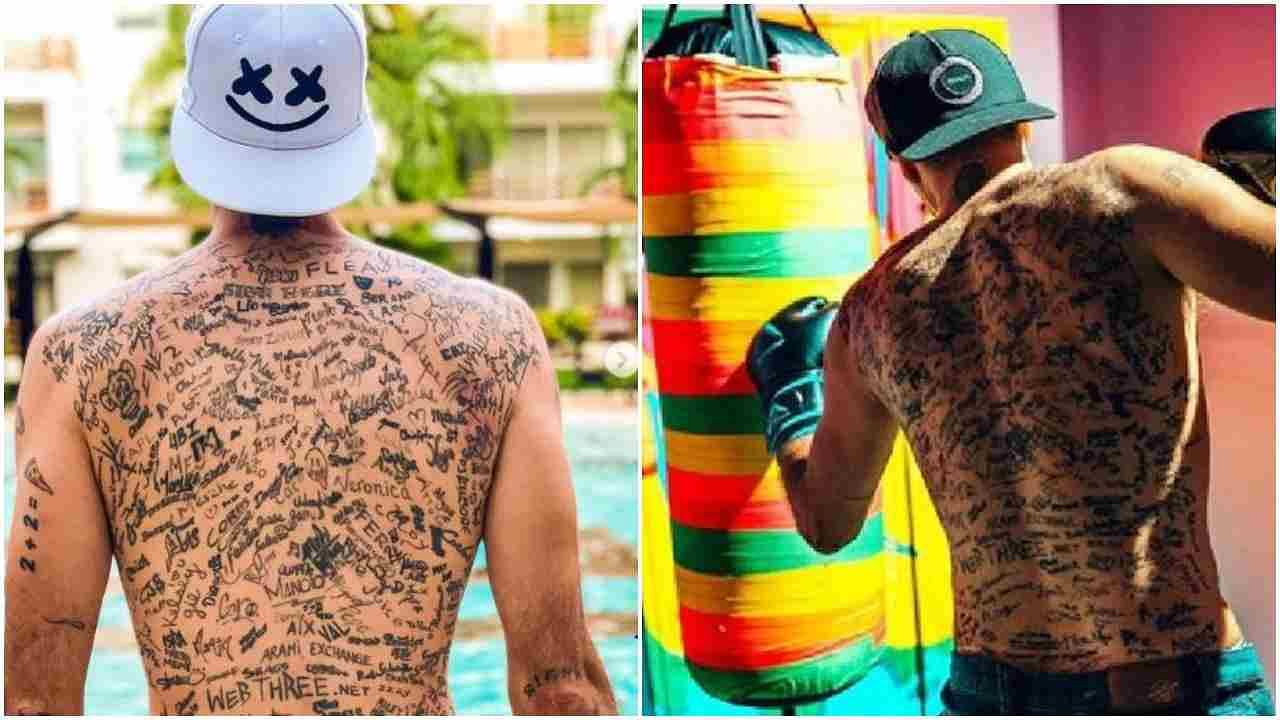 There are many people in the world who are fond of making tattoos on their body, but there is also a person who got the tattoo of the signature of celebrities on his back, besides his relatives, friends, on his back.

There are people in the world who are fond of getting tattoos, but there are many of these people who become famous all over the world because of their hobby. Recently, the story of such a person has come to the fore. Who made a world record by getting tattoos on his body.

We all know that everyone is fond of tattoos nowadays. Due to this hobby, many people get strange tattoos made on their body, but today the person we are going to tell about has got the signature permanent tattoo of more than 225 people on his back.

We are talking about Funky Matas, who lives in Florida, his strange hobby has made him quite famous today. For your information, let us tell you that Juan himself was a tattoo artist before, who has made tattoos of many people. But once Juan himself thought why not make such a tattoo on his body which would make him a different identity in the whole world.

Juan thought a lot about this and came up with an idea that he would sign his friends and relatives through the tattoo machine. Juan was so fond of taking autographs that he was not limited to only his friends and family. She got the sign on her back from many famous tattoo artists and celebrities.

According to media reports, at present there are more than 225 tattoos on his body. In which big names like Stan Lee, Will Smith, Elijah Wood, Michael Fox, Mike Tyson, Usain Bolt, Christopher Lloyd of Marvel Comics are included.

For your information, let us tell you that Funky Matas had 190 tattoos on his body, then he had made the Guinness World Record for getting the most signatures on the body. Regarding this hobby, Juan says that he wants to take its count to 300.

Also read: The pain of a person spilled on being single, wrote a letter to the MLA saying- ‘Give me a girlfriend’

Also read: PHOTOS: This is the world’s most dangerous tribe, you will be stunned by their amazing rituals