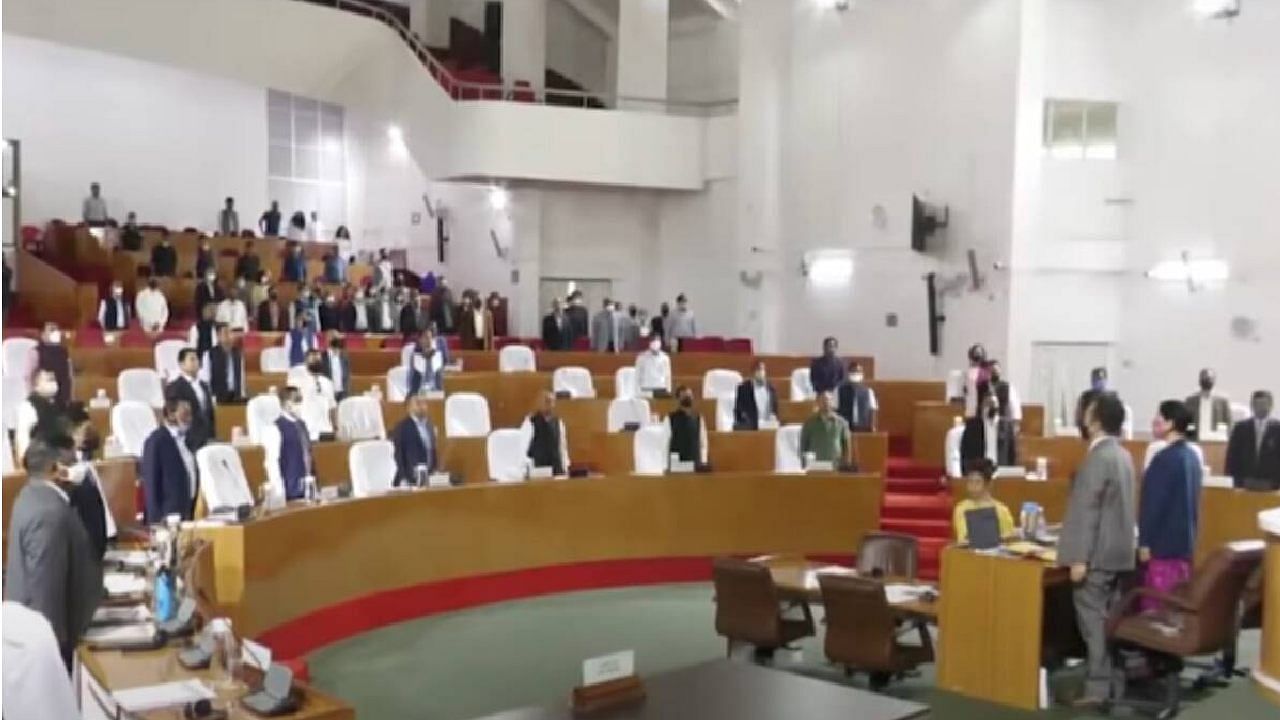 Meghalaya: It took two months to prepare this national anthem. The final presentation was made earlier this month. Besides Simlih, nine other singers from the state, as well as his own troupe, were part of the project.

The ongoing session of the Meghalaya Assembly began on Tuesday with the singing of the national anthem. This was not the normal version of ‘Jana Gana Mana’. Actually, the sound of traditional Khasi and Garo instruments made it special. Meghalaya Assembly Speaker Metbah Lyngdoh was behind the concept of “indigenous singing” of the national anthem, who felt a “local twist” would reflect the country’s “true diversity”.

Musician Lyngdoh, 54, said, “India is a vast and diverse country. I thought that singing the anthem, retaining its original melody and lyrics, would help showcase the rich diversity of our country. It will also provide a platform to showcase the talents of tribal communities. Speaking about the national anthem, he said, “All the MLAs present in the house were shocked… but were also very happy.”

For this project, Lyngdoh roped in Shillong-based artist Lamphang Simlih, who specializes in Khasi folk music. Simlih, 34, said, “It was a big responsibility. So the first thing I did was to research all the rules and legalities related to improvising the national anthem. I studied the documents with the help of a friend in Delhi and learned that different vocals and instruments could be used as long as the song and the melody did not change.’

It took two months to prepare this song. The final presentation was made earlier this month. Besides Simlih, nine other singers from the state, as well as his own troupe, were part of the project. Simlih said that instruments from the Khasi, Jaintia and Garo tribes of Meghalaya were used, including ‘bom’ and ‘xing’ (Khasi percussion instruments), chigring, (Garo stringed instruments) as well as guitar and Indian classical instruments like sitar and cymbal are included.

Simlih, who also specializes in jazz and soul music, said he realized how special the project was when it was played in assembly. On one hand we upheld the sanctity of the national anthem, on the other hand our love and respect for our own local instruments was also reflected in the composition. The result, I think was beautiful.’

Animal Husbandry Scheme: National Kamdhenu Breeding Center opened in Hoshangabad, know what will be the benefit