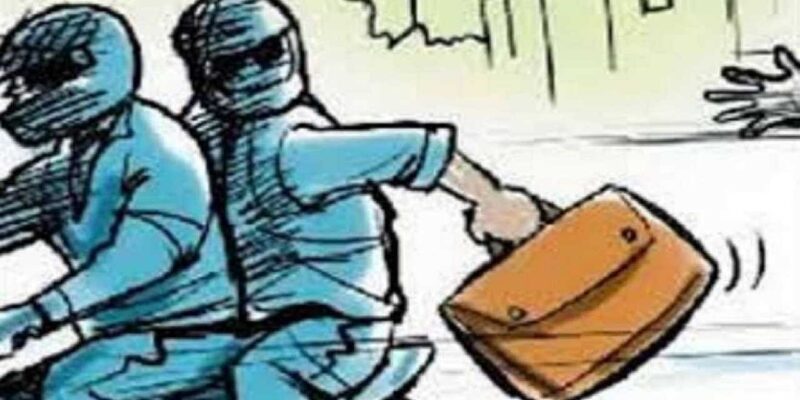 In Nalanda, Bihar, an aeronautical engineer lost a hefty amount in gambling. After which he took the path of crime to compensate for the money. In the Bihar police station area of ​​Bihar Sharif of the district, this young man along with his friends had carried out the robbery of the mill. After this he had a plan to carry out more incidents.

In fact, DSP Sadar Dr Shibli Nomani said that Rohit Raj, aeronautical engineer trainee in Merchant Navy resident of Naisarai of Bihar police station area and ITI student Jitu Kumar resident of Sakuntkala along with Mo Imran, Golu Kumar and Aditya Kumar were arrested. Arrested Rohit Raj has admitted that he had lost a lot of money in gambling while gambling. To compensate for this, he has become involved in the incident of robbery. At the same time, during interrogation, the accused admitted that on October 5, he had carried out the robbery in a jewelery shop located in Pal Market in Shastri Nagar police station area of ​​Patna district.

were planning another robbery

The DSP said- “Rohit had spent a lot of money in the casino. To repay which he carried out the robbery incident in Patna. After this he was planning a robbery in a house located in Badi hill of Sohsarai under Nalanda. The police got information that some miscreants are going to carry out some big incident on Garh.

Many items including 14 mobiles, a ring were recovered

As soon as the information was received, the team of Bihar Police Station Santosh Kumar and DIU reached the spot and after siege the area, arrested the said miscreants with a pistol, two live cartridges, 14 mobiles, a ring and a ring of gold. The arrested miscreants told that they were busy in Garhpar locality to carry out the robbery in a house in Badi Pahari locality of Sohsarai police station area. where he was caught.

Also read: Bihar Panchayat Election: The chief candidate could not digest the defeat in the panchayat election, in anger, the road was dug by bringing JCB

Also read: Bihar: Durga immersion will happen only in artificial ponds, there is a ban on taking out processions without permission, read the complete guideline

An artist from Odisha made an eco-friendly idol of Goddess Durga inside a bottle, sought blessings of people to free them from Corona