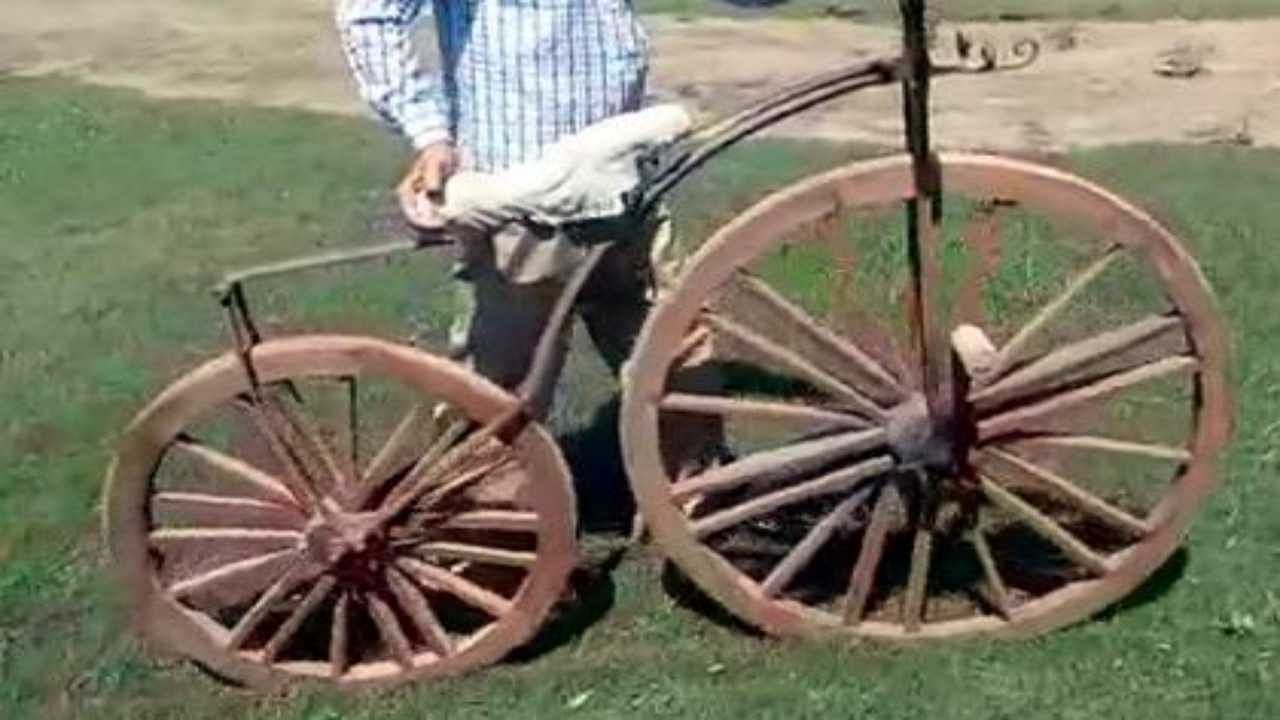 We all have some special memory attached to the bicycle. That’s why often we keep telling each other about these funny stories. But in Punjab, a bicycle has become the center of interest of the people for a different reason.

This cycle can still be driven on the roads.

Every child aspires to learn to ride a bicycle first. That’s why most of the parents give bicycles to their children as gifts. Actually, we all have very beautiful memories associated with bicycles. This is the reason why bicycles are often mentioned in stories and stories. Even though the era of motorcycles has come, but even now the bicycle has a special place in the hearts of people. But today we are telling you about such a bicycle which is really very special.

The cycle we are referring to is even before the partition of India-Pakistan. This is a unique bicycle made of wood and iron, about 100 years old, which is very different in appearance. Many people also say that perhaps this will be the only such cycle in Punjab, which people come from far and wide to see. To buy this unique cycle, someone had put 50 lakh rupees in it, but still the owner of the cycle refused to sell it. It is obvious that the person who has not sold the cycle even for such a price, how special it is for him, it can be guessed about it.

According to the report of Aaj Tak, the owner of the cycle, Satwinder, says that this cycle was bought by his elders from a railway employee. It was a matter of time when a license was needed to drive a bicycle at that time. Which is present with them even at this time. This license was in the name of his uncle. You are surprised to know about the story of this cycle. One special thing is that this cycle can still be run on the roads.

Also read: The pain of a person spilled on being single, wrote a letter to the MLA saying- ‘Give me a girlfriend’

Also read: 40 types of fruits grow on this unique tree, you will get a lot of gold for the price of one branch