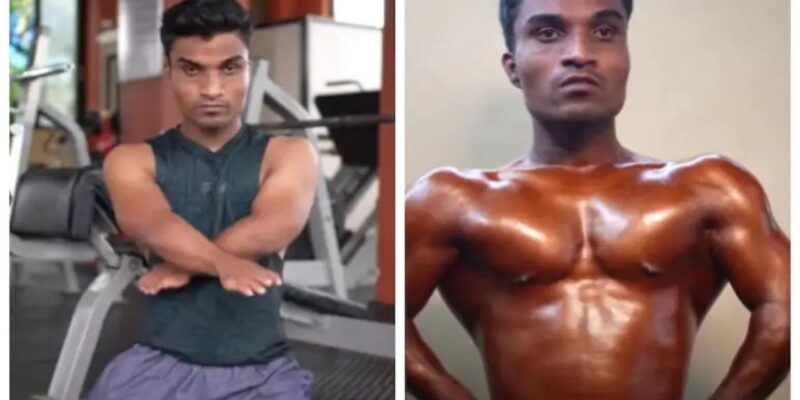 Only those people get the destination, who have life in their dreams. Nothing happens with wings, flight takes place with courage. This saying has been made true by Indian bodybuilder Prateek Vithal Mohite. He has won the world record title of being the smallest bodybuilder in the world. Prateek Vitthal Mohite, who is 3 feet and 4 inches tall, has won the title. Prateek applied for the record after a friend’s suggestion and won the title. Now he is proud to hold a world record to his name.

All of you must have felt very strange to read this, but let me tell you this is true. Its video has also been shared on the Guinness World Records YouTube page. In the video, Prateek can be seen talking about his routine and the ways in which he ensured his victory. He said in the video, ‘It was my dream to achieve the title of Guinness World Records and it is a very beautiful honor to achieve it. I am very happy and this will be the biggest achievement of my career till now.

The goal of the symbol is to open the gym-

Prateek makes a healthy breakfast, which must have a special diet food. He goes to the gym for two hours in the afternoon. He ends his day with a long run of 30 minutes. Apart from this, Prateek likes to play cricket with his friends. Prateek aims to open his own gym someday and this world record is a great way to achieve his goal.

Let us tell you all, many people used to tell him that he would not be able to do anything in his life, although he fulfilled his dream and stopped speaking to the people. People are praising Prateek a lot on social media. While one user called him courageous, another user wrote, ‘I wish such passion could be seen in everyone’s heart.’

Railways made big changes to increase safety in trains, know how your journey will become more safe now

Assam and Meghalaya officials will meet today regarding border dispute, dispute between the two neighboring states over 12 areas