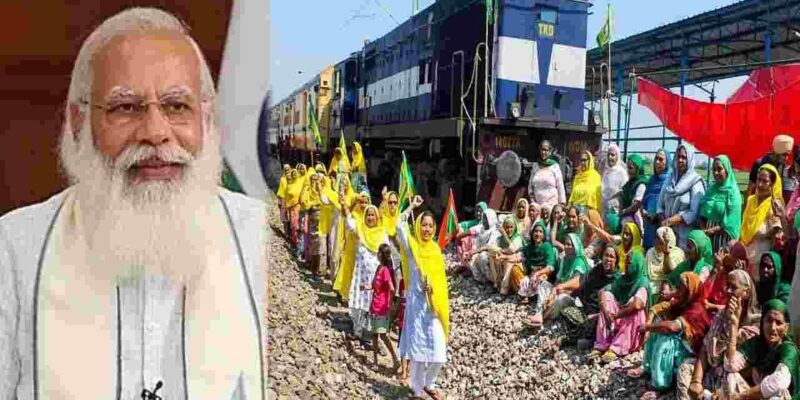 Today PM Modi launched Ayushman Bharat Digital Mission, while on the other hand the Bharat Bandh of farmer organizations had a mixed effect.

Ayushman Bharat: PM Modi said – hospitals across the country will be connected, patients will get the same ID

Prime Minister Narendra Modi on Monday launched ‘Ayushman Bharat Digital Mission’. During this, he talked about the benefits of Ayushman Bharat Digital Mission. He said, to improve health services in India, it is very important that the medical services of the villages should be improved. Today, the network related to primary health care is being strengthened near the village and home. So far 80,000 such centers have been started. Now work is going on in India on such a health model, which is holistic, inclusive. During his address, he also talked about keeping the health records of the people digitally safe.
Click to read 10 big things about Prime Minister’s speech

The Bharat Bandh had a mixed effect across the country on the call of the Bharatiya Kisan Union (BKU) on Monday in protest against the central agricultural laws. Farmer leader Rakesh Tikait said that he also said that we are ready for talks with the government but no talks are taking place. The United Kisan Morcha (SKM), a group of more than 40 farmer organizations agitating on the borders of Delhi for the last 10 months against the three agricultural laws of the Centre, had organized a Bharat Bandh. During this nationwide bandh, traffic, business activities and other services were disrupted across the country from 6 am to 4 pm.
Click to read full news

Weather Alert: Clouds will rain heavily in these states including Delhi, heavy rain alert in Kerala, know the condition of your state

The possibility of rain has been expressed in the national capital Delhi, Uttar Pradesh, Haryana, Rajasthan and Kerala on Monday. India Meteorological Department has told that apart from Delhi, Aliganj, Kasganj, Sikandar Rao of Uttar Pradesh, Hodal, Gurugram, Tijara, Rewari, Aurangabad and cities of Rajasthan, Alwar, Deeg, Laxmangarh, Rajgarh, Bayana are separately Light to moderate intensity rain may occur in the areas in the next two hours. The Meteorological Department said that an orange alert was issued in Ernakulam, Idukki and Thrissur districts of Kerala and yellow alert for all other 11 districts. Apart from this, a yellow alert was issued in Kozhikode, Kannur and Kasaragod districts for Tuesday.
Click to read full report

Coronavirus Update: The country is winning the battle with Corona! Lowest active cases in 191 days

Corona cases are continuously decreasing in the country. With this, now the number of active patients in India has also increased to 2,99,620, which is the lowest in 191 days. At the same time, 26,041 new cases of corona have been reported in India in the last 24 hours. After this, the number of infected in the country increased to 3,36,78,786. According to the data released by the Union Health Ministry at 8 am on Monday, the death toll increased to 4,47,194 after 276 more people died due to infection. Currently, 2,99,620 people are undergoing treatment for corona virus infection in the country, which is 0.89 percent of the total cases.
Click to read full report

IPL 2021: Rajasthan’s poor start against Sunrisers Hyderabad, Lewis out in the second over

In the 40th match of IPL 2021, there is a competition between Sunrisers Hyderabad and Rajasthan Royals (SRH vs RR) at Dubai International Stadium today. Rajasthan captain Sanju Samson has won the toss and decided to bat first. A lot of changes have happened in both the teams in today’s match. This is the debut match of England’s strong opener Jason Roy for Hyderabad. He has been brought in the team in place of David Warner. This match is the last hope for Hyderabad. If Kane Williamson’s team loses today, it will be the first team to be eliminated from the tournament. On the other hand, Rajasthan Royals still have a chance to make it to the playoffs.
Click to read full update so far