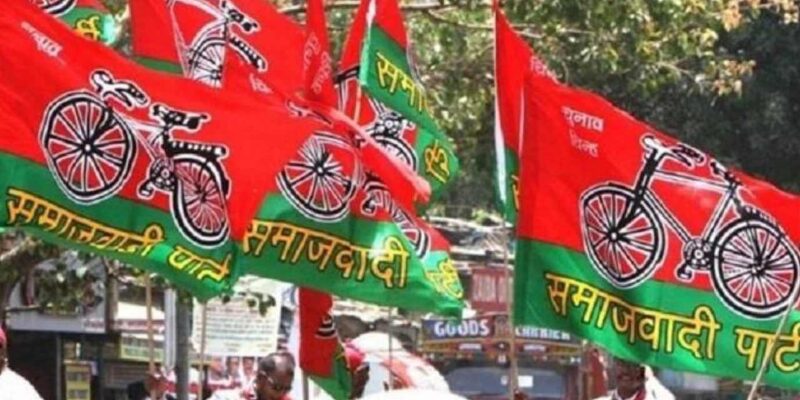 Police arrested 18 Samajwadi Party (SP) in Meerut districtSamajwadi Party) activists, most of whom are students, and sent 16 of them to jail on charges of attempt to murder. All of them are accused of attacking and injuring a policeman for stopping him from burning an effigy of Chief Minister Yogi Adityanath.

Apart from the stringent section 307 (attempt to murder), the protesters have been booked under 15 other sections of the IPC including rioting and unlawful assembly despite prohibitory orders. The party’s district president Rajpal Singh has now written a letter to the district magistrate saying that those arrested were innocent youths who were only exercising their right to protest.

But, Meerut Senior Superintendent of Police (SSP) Prabhakar Chaudhary claimed that SP workers had thrown petrol at the policemen. The SSP said, “A policeman got burnt due to the fire in petrol.” The FIR was registered on October 4. On the same day, SP protested against Lakhimpur Kheri violence. After the FIR, 16 SP workers, mostly from its youth wing, were sent to jail the next day.

According to the news published in the Times of India, the SSP said, “200 SP workers were present near the commissioner officer during the protest. But only 18 cases have been registered. Because he has hurt a policeman in the line of duty. His own party workers were also injured.”

He further said, “One of our constables suffered injuries and his uniform was burnt. He started a fight with the policemen, who were trying to convince him that such protests were not allowed, as Section 144 of CrPC was in force.”

What did SP say?

Responding to the police’s claim, SP district president Rajpal Singh asked, “Since when has protest become a crime, which has been charged with attempt to murder. Also, where is the policeman who is said to have been hurt? You think someone with a burn can heal in five days? without a trace?”

He alleged that the case has been registered against the SP workers “for revenge”. The government is using the police and bureaucracy to intimidate other political parties. “There was no petrol at all at the spot,” he said.