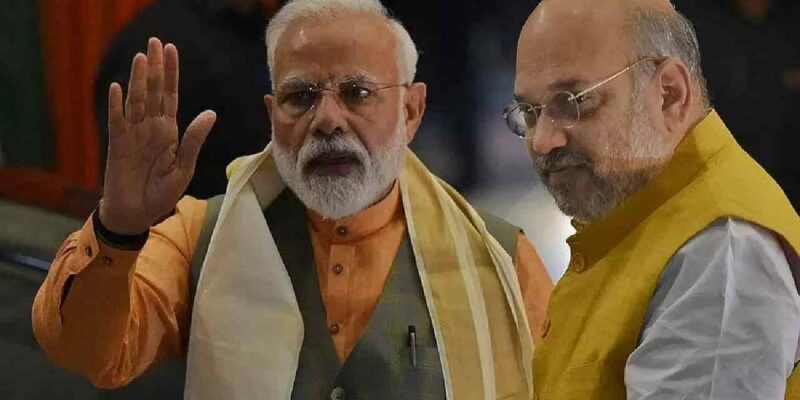 India on the threshold of 100 crore corona vaccination, we will touch the magic figure in the next few days

People have got a lot of relief due to the intensification of the vaccination campaign against the corona virus epidemic. India is standing on the threshold of the magic figure of 100 crore vaccinations and will soon cross it. Meanwhile, another relief information has come to the fore. Actually, from next month, the Health Ministry will have more corona vaccine available than necessary. At the same time, the opinion of experts is being taken regarding the vaccine of children. There is a need to be careful about this.
Click to read full news

Union Home Minister Amit Shah said on Thursday that if Pakistan continues to sponsor crimes on the border and killing of civilians in Kashmir, then surgical can go ahead. During his visit to Goa, the Union Home Minister laid the foundation stone of the National Forensic Science University. After this, while addressing a public meeting, he said that the attack on the borders of the country will not be tolerated. He said, when the attack took place in Poonch, for the first time by doing surgical strike, India told the world that it is not so easy to tamper with India’s borders. For the first time under the leadership of Narendra Modi and Manohar Parrikar, India proved the security and respect of its borders.
Click to read full news

The domestic stock market closed with gains for the sixth consecutive day. On Thursday, the Sensex and Nifty50 closed at a record high. On Thursday, Sensex crossed 61000 for the first time and Nifty also closed above 18300 for the first time due to strong buying in all sectors except auto. Heavyweight HDFC Bank, ICICI Bank and HDFC shares rose by 568.90 points in the BSE Sensex to a new record 61,305.95 and the NSE Nifty gained 176.80 points to close at the highest level at 18,338.55.
Click to read full news

BSF’s jurisdiction extended to a radius of 50 km, Punjab objected

The Punjab government on Wednesday took strong objection to the Centre’s alleged move to empower the Border Security Force (BSF) to conduct searches and arrests within 50 km of the International Border, terming it an “attack on federalism”. Punjab Deputy CM Sukhjinder Singh Randhawa said, by conferring powers of police officers to BSF (Border Security Force) officers without consulting state governments or obtaining their consent, the Center is attempting to subvert the federal structure of the Constitution .
Click to read full news

The problems of Shahrukh Khan’s son Aryan Khan in the drugs case are not taking the name of being less. Aryan has not been able to get relief from the court even after the long arguments of the lawyer. Today his bail plea was heard in the Mumbai Sessions Court. But the court has not granted bail to Aryan Khan today. The decision on the bail application has been reserved till October 20. Now it will be clear only on October 20 whether Aryan will get bail or not. Till then all the accused including Aryan will have to stay in Arthur Road Jail. Aryan will have to spend 6 days in jail for now. Only after that the court will pronounce the verdict on his bail.
Click to read full news

Urvashi Rauteli’s heart broke due to the fall of iPhone 13, style blew after seeing the condition of the phone

Energy Exchange is profiteering from the coal crisis! UP Energy Minister Shrikant Sharma wrote a letter to the Center for investigation