100 Dalit families forced to migrate in Aligarh, posters of ‘House for sale’ put up outside the house; this is the big reason 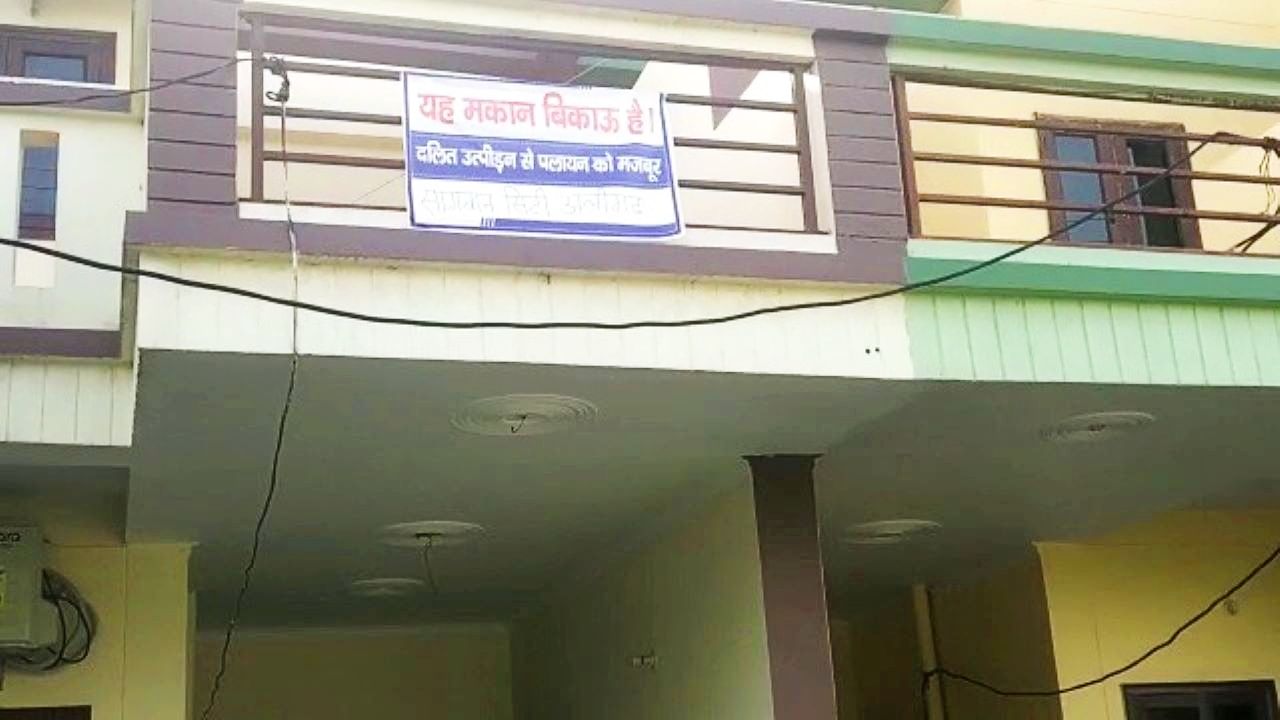 In Aligarh, BSP District President Ratan Deep Singh says that Dr. Bhimrao Ambedkar has given freedom to everyone to live in the open within his constitution. But here the operators of Sangwan City are harassing Dalits.

Uttar Pradesh (Uttar PradeshIn Aligarh district, 100 Dalit families have put up posters outside their houses writing ‘House for sale’. Actually, these families living in this posh colony say that the people of Sangwan fraternity (Jat) do not allow them to celebrate programs like Dr. Bhimrao Ambedkar Jayanti and Buddha Purnima. In such a situation, when people tried to do Bhandara and other programs on Buddha Purnima, the bullies of the area also uprooted their tents. Let us tell that the people living here told that there are about 350 houses and plots of Dalits here. Out of which 100-125 families are living in the colony by building houses.

Actually, this whole matter is of Sagwan City Colony, a posh colony of Mahua Kheda area of ​​police station of Aligarh metropolis. Where the people of the Dalit caste living give permission for the program of Bhandara and Buddha Purnima on the birth anniversary of Dr. Bhimrao Ambedkar. During this, people here have put up posters and banners of this house for sale outside their homes. During this, the people of the Dalit family allege that the operator of the colony, Narendra Sagwan does not allow the program to be organized in the colony. Apart from this, whenever there is an attempt to organize a program, they call the police and get the program stopped.

Santosh Kumar, a resident of Sangwan City, told that in the year 2017, Dr. Bhimrao wanted to get Ambedkar Jayanti done with the permission of the administration. But on Sunday, 3 days before the program, water was filled in the designated park so that the program could not take place. After this, on the occasion of Ambedkar Jayanti, on April 14, 2022, permission was sought to hold a Bhandara in the park built in the Sagwan City courtyard. But it was not given, he said that people belonging to Scheduled Castes are being harassed continuously.

Dalit people of the colony say that around 300 Dalit people have bought flats inside Sagwan City. Out of which around 125 Dalits are living in their houses. But here he is living in the house. They are not allowed to do programs for their rights. Because of which he is forced to sell his house. At the same time, Samajwadi Party District President Girish Yadav reached Sagwan City after getting information about the posters of houses for sale put up by Dalits on their houses in Sagwan City. Where he learned their pain while talking to the Dalit brothers. After which Girish Yadav has demanded from the district administration and police administration that the people by whom the Dalit brothers are being harassed. Strict and strict action should be taken against them. Otherwise he will stage a sit-in with his party workers.

In this case, Bahujan Samaj Party’s district president Ratan Deep Singh expressed displeasure over the incident and said that the manner in which Dr. Bhimrao Ambedkar has given freedom to everyone to live in the open within his constitution. But here the operators of Sangwan City are harassing Dalits. He said that if action is not taken against these people soon, the party officials will be forced to stage a sit-in protest against the operators of Sangwan City.