Sawan 2021: Prepare the cone of Mehndi at home in this way, it will be so designed that the color will not come off for many days 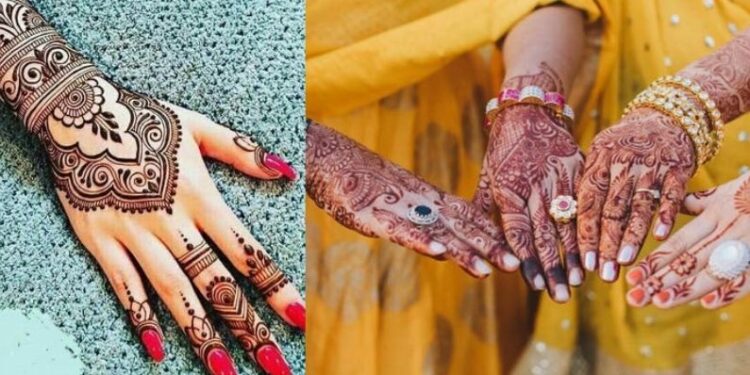 Nowadays, the cones of mehndi with chemical are available in the market. The deeper the mehndi applied with them, the faster it comes off. Whereas the mehndi applied from the corner of the house is completely organic and lasts for a long time. Learn from Expert the right way to apply Mehandi

Beauty Tips: Flax seeds are beneficial not only for health but also for skin, know how?

How to make Mehndi last longer

The month of Sawan is about to come. There are many such festivals like Hariyali Teej, Rakshabandhan etc. in this month, when women and girls apply mehndi on their hands as mehndi is considered a part of beauty and adornment. But most of the girls say that today’s Mehndi is good to climb but it does not last.

The reason for this is that most people now get henna applied from the corner of the market, which is chemical. Due to being chemical, the sooner it gets deeper, the sooner it goes off. Also, it comes in layers, due to which the color of mehndi looks quite ugly in a day or two. So instead of buying cones from the market, prepare it at home. Know here such a way in which Mehndi will be made deep and will last well too.

How to prepare Mehndi

Mehndi is very easy to prepare. For this, you will have to buy mehndi powder from the market, as well as need a fine cloth. First of all, filter the henna powder with a very fine cloth. Now take a little water, add half a teaspoon of catechu powder, half a teaspoon of coffee powder and a teaspoon of tea leaves and boil it well. When the water cools down, add it slowly and mix the henna well in such a way that not a single lump remains. You can also boil two-four ladyfingers with water to make mehndi succulent. If you want, you can also grind beetroot and extract its juice and put it in mehndi. This will enhance the color of mehndi even better. Mix all the things and soak the henna for at least 2 to 3 hours.

Make a cone out of a polythene and pierce it with a fine needle. Tata salt polythene is considered suitable for cones. Fill this cone with henna. Wash and clean hands thoroughly. After that, apply mehndi only after wiping it. For the latest design, you can take the help of books or you will find all the trendy designs on the internet. When the henna starts drying, then apply water mixed with lemon juice and sugar on it. Keep henna for at least 8 to 9 hours. The longer the mehndi remains on the hands, the better it will be.

After drying the henna, take it off with the help of a knifeless knife or by rubbing both hands. After taking off, heat the clove on the pan and smoke it carefully. Do not let water pour on it for at least 2 to 3 hours. If possible, work while wearing polythene or wearing gloves during work. Let the mehndi rise throughout the day. After this you will see for yourself how your hard work pays off.

Also read – A few grains of chironji can enhance your dark skin, know how to use